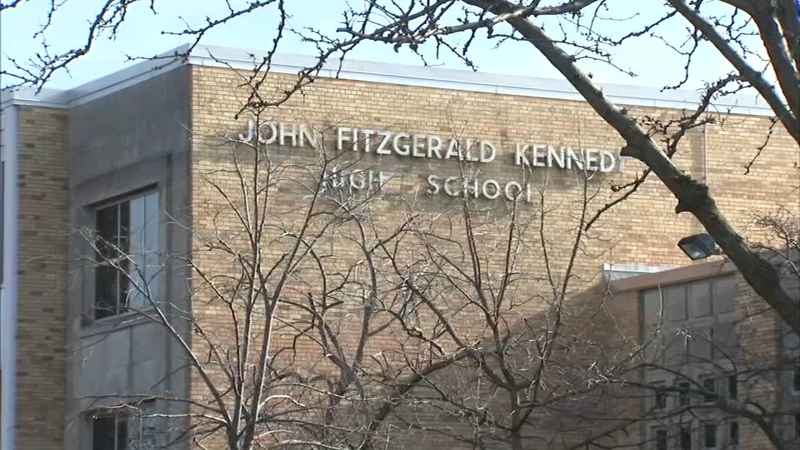 CHICAGO (WLS) -- A violent fight at a Garfield Ridge high school caught on camera earlier this week has gone viral.

The video looks like a wrestling takedown. The flurry of violence only lasted a few seconds but had serious consequences for the 16-year-old victim.

A 17-year-old boy punched a 16-year-old boy at Kennedy High School after an argument, police said. Video shows a whirlwind of limbs, then the 17-year-old boy lifts the younger boy into the air and slams him to the ground.

ABC7 Eyewitness News will not show the full video due to its graphic nature.

The 16-year-old was left motionless and eventually taken to Advocate Christ Hospital for treatment.

"Students, teachers, faculty, you know, they're all torn with this one. This is a bad situation," said Kennedy High School student Justin Melendez.

Melendez said the fight happened right by his locker, but he didn't know either of the students involved.

"A lot of tensions were flaring. You don't wish that on nobody," Melendez said.

"We are committed to fostering safe school environments and we will continue to work with the school to ensure students have the necessary supports available," the CPS statement read.

But some Kennedy High School parents are still worried about the violence in the school.

"I'm just really concerned for my daughter's safety," said Gianna Fasula. "I think that it was a disgusting, vile act. I started watching the video and then literally started crying and threw up. What happens if the boy is affected for the rest of his life from this? And this is where he goes to school and he's supposed to feel safe."

The 17-year-old boy seen throwing the student has been charged with battery, police said.