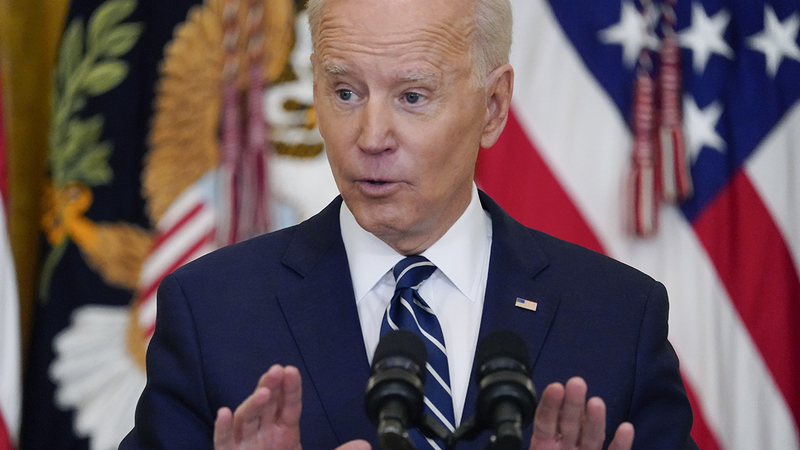 Kelvin Silva, 44, hoped President Joe Biden would take a different stance than his predecessor by not deporting him.

"We just need a miracle," Silva told ABC News in December. "I'm depending and hoping for when Biden takes the presidency, he can help us out of this situation."

But his miracle never manifested. Silva is set to be deported Tuesday, according to his lawyer.

"We thought there was going to be a change," Jasmine Pena, Silva's sister, told ABC News Monday. "I thought he was going to at least get a chance to finish arguing his case. It's really disappointing, especially since he's been here since he was so young. He knows nothing about the (Dominican) Republic at all. We really had high, high hopes. It is so sad."

ABC News reached out to the White House, which has not yet responded.

Silva always believed he was safe from deportation.

While he was born in the Dominican Republic, he legally moved to the United States when he was 11, joining his father who had become a naturalized U.S. citizen, according to court documents. Silva said he thought he had gained citizenship through his father.

But that wasn't the case. When Silva came to the U.S., the Immigration and Nationality Act of 1940 was still the law and it barred children like Silva, whose parents were never officially married, from gaining citizenship status through their fathers. The Child Citizenship Act in 2000 overturned the 1940s law, but the legislation was not applied retroactively and so Silva never became a U.S. citizen.

Unlike undocumented immigrants, Silva was a lawful, longtime permanent resident. He had a Social Security card, paid taxes and could access public assistance programs -- up until an immigration judge revoked his status.

As a teenager, Silva became involved in illegal activities after his father died.

"I'm going to be honest, I was selling drugs," Silva said in December. "I regret it. I regret every (one) of the things I did in my past."

Silva was convicted and incarcerated in 2013 for possession with intent to distribute marijuana and cocaine. He was sentenced to 127 months behind bars on federal charges and was rendered automatically deportable under immigration law because of his crimes.

Silva served his time in the custody of the Federal Bureau of Prisons. He earned his GED behind bars and completed a drug abuse program.

Meredyth Yoon, one of Silva's lawyers and a lead attorney with the Southern Poverty Law Center's Southeast Immigrant Freedom Initiative, believes Silva is being targeted for deportation unfairly because he is a Black immigrant.

"A survey of relevant cases reveals a disproportionate effect on people born outside of marriage in majority Black countries," Yoon wrote in a petitioner's motion.

According to the court filing, 54% of the 63 federal circuit court denials of relief from deportation were people from Caribbean countries that have a majority Black population. In comparison, only three people were denied from Mexico and three from all of Europe.

"Kelvin's case underscores that we are up against an inhumane immigration system that doubly punishes Black immigrants," Yoon told ABC News on Monday. "We're asking the Biden administration to show grace and to respect the rights and humanity of all immigrants. But we are seeing this government continue to deport community members like Kelvin, and particularly Black immigrants."

In a statement, ICE said Silva entered the U.S. legally but violated the terms of his admission with multiple drug convictions.

The agency said Silva is "an aggravated felon who falls within the current priorities for civil immigration enforcement arrest and removal set forth by the current administration."

People who "pose a threat to public safety" are prioritized for deportation, an ICE spokesperson said.

"Mr. Silva is not a threat to public safety and therefore does not meet the Public Safety Priority Category's criteria for enforcement," Yoon wrote in a press release. "He has extensive family ties in the United States, including his U.S. citizen mother, sisters, and three children."

Silva even has support from members of Congress, who have petitioned for his release.

"Mr. Silva has an existing petition for review in the Eleventh Circuit, which involves a nationality claim and equal protection challenges to a discriminatory citizenship law, but for which he would stand recognized as a U.S. citizen," Rep. Alma Adams, D-N.C., wrote in a letter Friday to ICE requesting Silva's release. "It would be immoral and unconscionable, and potentially illegal, for ICE to deport Mr. Silva before the Court has ruled on the merits of his nationality claim."

Silva said he hardly knows anything about the Dominican Republic.

"My kids, my family, everything is here," he said in December.

Silva's sister said the family is devastated to learn of his deportation and disappointed that ICE never let the family know -- they learned the news through Silva's lawyer.

"It's scary because he has no family over there," Pena told ABC News, adding that the family is trying to remain supportive.