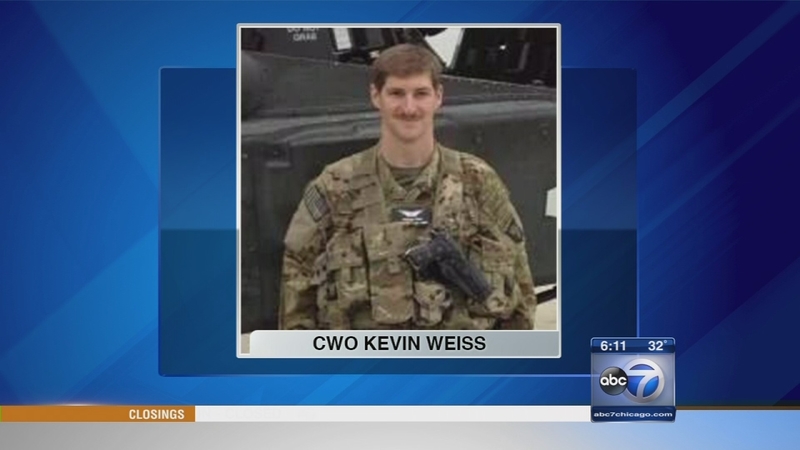 McHENRY, Ill. (WLS) -- The father of a McHenry soldier killed in a helicopter crash said his son was "an incredible blessing."

Kevin Weiss, 32, and another pilot were flying out of Fort Campbell, Ky., Wednesday night when their chopper went down during a training exercise.

Weiss had just been home last week for Thanksgiving. His sisters say they had a special connection.

"He was always like the biggest brother that you can just go talk to. He was a mentor for all of us," said Lisa Weiss, sister.

"I mean really just the glue that held this whole family together. Kevin was just endlessly giving," said Sally Weiss, another sister.

Weiss leaves behind a wife and two children. After two deadly crashes, the army is grounding all aircraft in active duty units in the U.S. for the next five days.