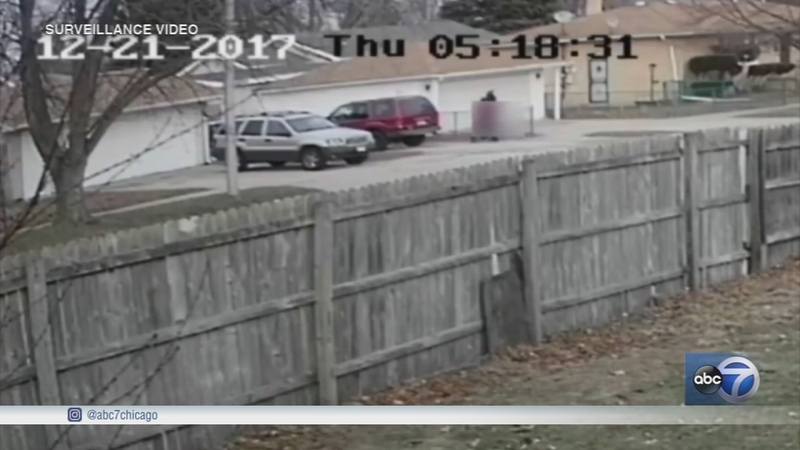 CALUMET CITY, Ill. (WLS) -- An Indiana man has been indicted on federal kidnapping charges for a broad daylight kidnapping in Calumet City in December, prosecutors said.

The FBI released surveillance video they said shows the incident along with the charges, and noted the date and time on the video are incorrect.

Prosecutors said Bryan Protho, 38, of East Chicago, grabbed a 10-year-old girl as she walked on the sidewalk near 153rd Street and Burnham Avenue at about 3:30 p.m. on Dec. 20. Investigators said the girl was on her way home from school.

Prosecutors said Protho forced the child into his car and drove away.

According to the criminal complaint, the victim told investigators she tried to get away but Protho struck her in the face multiple times and covered her mouth when she tried to scream. Prosecutors said he parked his vehicle in the alley and assaulted the child. The victim was able to escape and flag down a passing car. They then called the police.

"It's pretty, like, surprising and kind of puts fear into the people, this happening in broad daylight too and a lot of people coming home from school," said Roberto Gonzalez, who lives nearby.

Protho was arrested on Dec. 27. He is charged with one count of kidnapping. He is next due in court on Feb. 20.

The FBI is investigating if the vehicle in the surveillance video may be connected to any other crimes. If you have any information regarding the vehicle and/or individual seen in the video below on this date or any dates prior, please contact the FBI Chicago Field Office at (312) 421-6700 or chicago@fbi.gov
Report a correction or typo
Related topics:
east chicagocalumet citykidnapping
Copyright © 2022 WLS-TV. All Rights Reserved.
TOP STORIES
Suspect at large after 3 shot at WeatherTech shooting, police say
5-month-old girl shot in head, killed in Chicago ID'd by ME
Brian Laundrie confession letter released: 'I ended her life'
Thousands march through Chicago for abortion rights
Bald eagle snatches Yorkie off porch: VIDEO
Stacey Baca announces decision to leave ABC7
Norway terror alert raised after deadly mass shooting
Show More
Biden signs landmark gun measure, says 'lives will be saved'
Man found fatally shot on South Side, Chicago police say
8 shot, baby among 3 killed in Chicago weekend violence, CPD says
Bears linebacker Matt Adams arrested in Loop
2 injured in Lincoln Park porch collapse
More TOP STORIES News