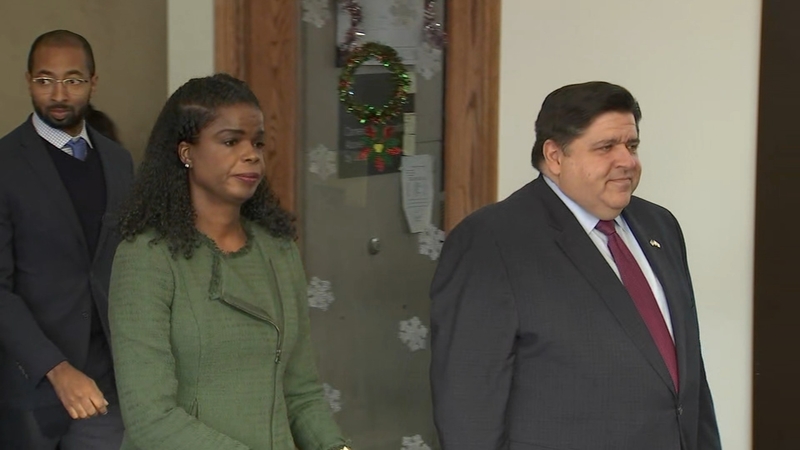 This was done in advance of the Cannabis Regulation and Tax Act taking effect on Jan. 1. The new law makes cannabis legal in Illinois and requires the expungement of minor marijuana offenses, according to a news release from the state's attorney's office.

The convictions vacated Wednesday were for non-violent possession of cannabis cases under 30 grams.

The Cook County State's Attorney's Office handles about 19,000 petitions for conviction relief each year, averaging approximately 1,500 each month, the release said. The office processed more than 1,000 convictions in one court call Wednesday.

In court Foxx read 100 of the names of people whose records have now been expunged.

"Today, we made history and took the first step in the single largest and most equitable piece of criminal justice reform Illinois has ever seen," Foxx said. "As prosecutors who implemented these convictions, we must own our role in the harm they have caused - particularly in communities of color - and play our part in reversing them. Clearing records is not only a critical part of righting the wrongs of the failed war on drugs, but an intentional step to give people the chance to move forward, which benefits all of our communities."

Despite being low-level and non-violent in nature, these cannabis convictions can create barriers to employment, housing, and education, as applicants are often asked if they have ever been convicted of a crime, the release said.

"What we intend to do is show the rest of the states behind us what's possible," said Illinois State Senator Toi Hutchinson (D-40th District). "This is what criminal justice reform and better and smarter drug policy looks like."

"We will never be able to fully remedy the depth of the unfairness and the damage that it's visited upon so many families, but we can govern our state with the courage to admit the mistakes of our past," he said.

Richard Wallace, founder and executive director of the organization Equity and Transformation works to support many of Chicago's low-income communities, including helping who calls victims of the war on drugs.

"It did a lot of damage within the black community as a whole, and this is an opportunity to right some of those wrongs," he said.

He and other say for the more than 1,000 people cleared Wednesday, a new life can now begin.

"It changes the trajectory and it opens up doors for so many of the folks that desperately need that opportunity," Wallace said.

Foxx's office said the people cleared today will be notified by mail, and they are still working to clear thousands more.

In January, Foxx announced her office would be pursuing conviction relief for low-level, non-violent cannabis offenses. In the months that followed, she worked closely with legislators to ensure the new law included the broadest and most equitable conviction relief possible, the release said.

In August, Foxx announced a partnership with a nonprofit organization, Code for America, to process these records quickly, efficiently and at no cost to individuals seeking relief, the relief said. With the aid of Code for America's technology, the CCSAO can securely evaluate eligibility for record clearance by reading and interpreting conviction data in just a few minutes.

Once individuals' records have been removed, the Clerk of the Circuit Court will mail or email notice to their last known address. Cook County residents or former residents whose convictions took place in Cook County can update their addresses at cookcountyclerkofcourt.org/address.