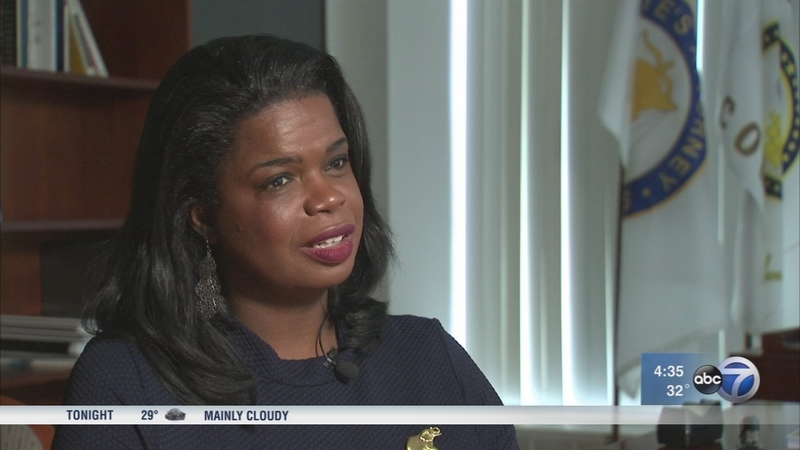 CHICAGO (WLS) -- Four days on the job as the new Cook County State's Attorney, Kim Foxx said she plans to shake things up in the nation's second largest prosecutor's office.

Fox said Monday that her vision for the office includes focusing on justice, rather than conviction rates.

"It's not saying we shouldn't hold people accountable, it's saying, 'What is the best use of our resources?'" said Foxx, who is the county's first African American state's attorney.

Prosecuting violent criminals should take priority over lesser crimes, she said, such as some drug cases where treatment maybe the answer.
Fox laid out her plan in a transition report, which includes confronting racial disparities within the justice system. She plans to hire ethics and chief diversity officers, conduct parallel investigations of police misconduct cases and revamp the unit that reviews wrongful convictions.

"We really want to change the culture of the office, change business within the office," Foxx said.

Changing the culture means doing something about the backlog of cases -- murder cases take an average of 2-3 years. Foxx plans to use data to find out why.

"How do I drive my attorneys to move cases along if I don't know what is clogging the up?" Fox said.

Data will be a driving force in the way Foxx will operate the office.

"We are going to build out a transparency and data unit within the office that is geared toward informing the public on what we do and how we do it," Foxx said.

She promises that transparency will be a big part of her administration, seeking to make herself available to the public often. She also hopes judges can makes themselves more transparent by explaining how they make their decisions.