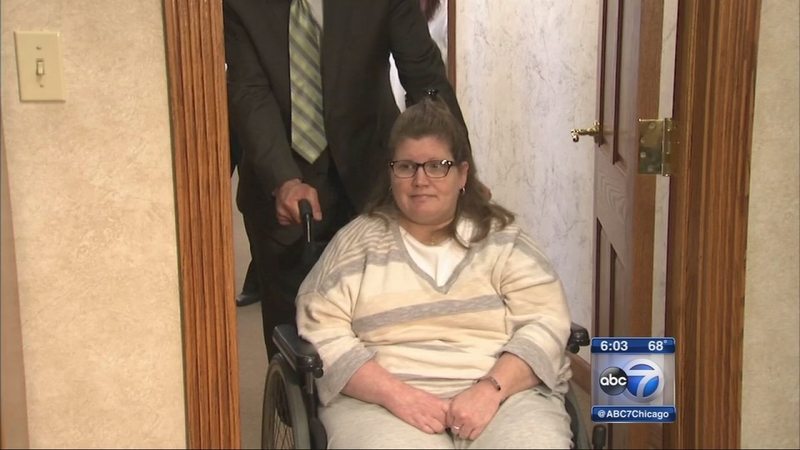 CHICAGO (WLS) -- An Indiana woman has been awarded $32.5 million for a 2006 accident on I-65 that left her with brain damage. The victim's lawsuit blamed her accident and injuries on a trucking company and its driver.

It's one of the largest jury verdicts in Indiana history. The woman's attorneys say the J.B. Hunt truck driver failed to follow safety rules after a crash, which then caused a secondary accident that injured that woman.

The crash near Remington, Ind., left Kristen Zak wheelchair-bound and brain-damaged. Her family was relieved by the verdict Thursday.

"It was unbelievable. I prayed every night for nine years," said Peggy Skaggs, victim's mother.

The crash happened on I-65 in Jasper County when a J.B. HUNT semi-truck jack-knifed in icy conditions and crashed into a median.

Zak's attorneys allege the driver had been going too fast and then after crashing, failed to follow mandated safety rules, including putting flashers on and laying out reflective triangles.

An hour later, a car Zak was riding in also hit an icy patch, and then the semi. Zak was left in a coma.

"I just wanted her to open her eyes. Just to kiss me. Just to say, 'Mom.' Something," Skaggs said.

"She was actually supposed to be married one month after the accident happened. And when she woke up, she didn't remember her fianc," said Todd Schafer, plaintiff's attorney.

"Even though nothing can ever replace what Kristen has lost, maybe somebody like J.B. Hunt will try to be safer," Skaggs said.

Zak is now 40, and her family says that $32.5 million verdict will help pay for her care.

ABC7 emailed J.B. Hunt for a statement but did not hear back.