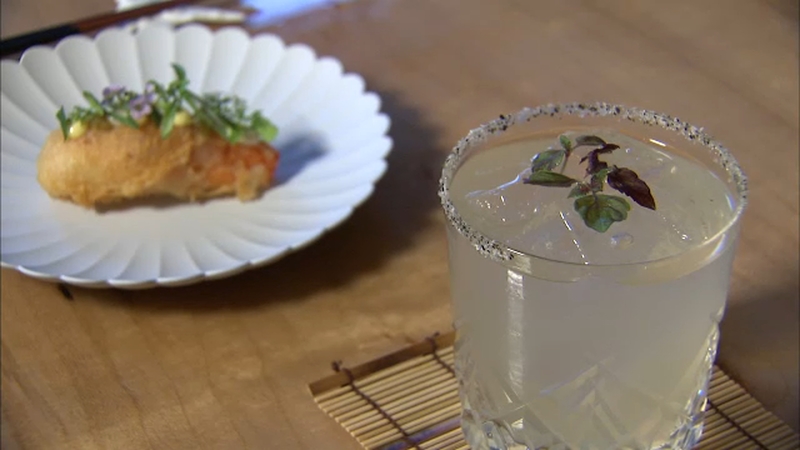 CHICAGO (WLS) -- Would you believe a Chicago cocktail bar is among the greatest places on the planet? Time Magazine has named Kumiko, a refined cocktail destination in the West Loop, as one of the world's greatest places to visit in 2019.

Kumiko's co-owner Julia Momose, whose pedigree includes Chicago standouts like The Aviary and Green River, described her space to Time as "an expression of my Japanese heritage in a formal cocktail bar setting." She creates her drinks seasonally and pairs them with Chef Noah Sandoval's interpretations of Japanese cuisine like steamed bus and Japanese milk bread sweets.

Kumiko also features a full spirit-free companion menu for anyone who doesn't drink alcohol, and a tasting dinner and beverage pairing in an intimate eight-seat space in the restaurant's basement called Kikko.

ABC7's Hungry Hound Steve Dolinsky visited Kumiko in April, and described watching Momose at work behind the bar as "like watching Yo Yo Ma play the cello. There is focused intensity, combined with precision, and yet a sense of ease, resulting in something beautiful."

He was awed by Momose's precision, delighted by her cocktails and impressed by the interplay between food and drink in the omakase menu.

"If a food course is savory, warm and lush, Momose will offer a bright counterpoint, like a Kinjo martini," Dolinksy wrote.

Kumiko is located at 630 West Lake Street in Chicago. Click here to visit its website. Reservations are required for the omakase experiences, held twice a night, but walk-ins for a la carte drinks and food are welcome.