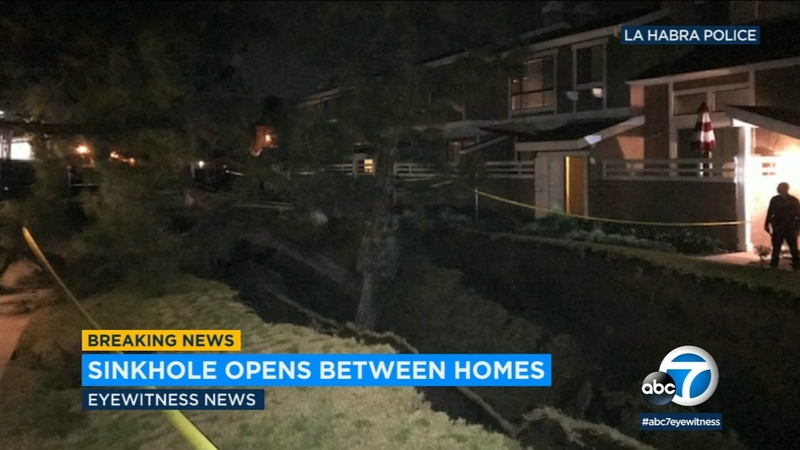 Massive sinkhole opens up near condominium buildings in La Habra

La Habra police and Orange County Public Works officials responded to the scene after the sinkhole, measuring 20 feet by at least 80 feet, was reported about 10:45 p.m. in the 950 block of West Imperial Highway.

No injuries or structural damage were reported.

Three residences were under voluntary evacuation orders due to the possibility of falling trees, police said.

Yikes, a massive sinkhole has formed in the middle of a La Habra condo complex. Details at https://t.co/ybpMjT6ueq. #lahabra @ABC7 pic.twitter.com/irIjN331ia