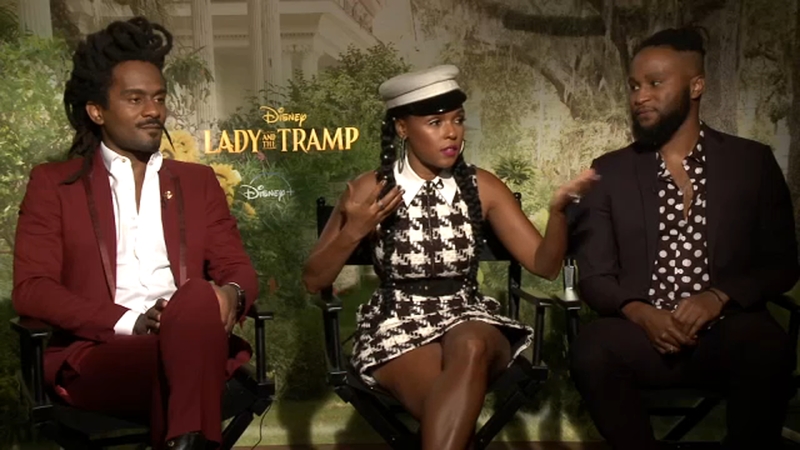 'Lady and the Tramp' comes to life on Disney+

The new live-action remake of "Lady and the Tramp" debuts on Disney+, Disney's streaming service, and is faithful to the 1955 classic animated film -- but this time mixes real dogs with computer animation.

The sweet story of "puppy love" between a beloved cocker spaniel house pet named Lady, and a scruffy stray nicknamed Tramp has its lead actors portrayed by canine actors named Rose and Monte. Tessa Thompson lends her voice to Lady, and Justin Theroux to Tramp.

The two dogs go on an adventure that teaches both creatures to broaden their horizons and accept those who might be different from you.

Along the way, they meet a world-weary Pekingese named Peg, voiced by Janelle Monae.

"We all come from so many walks of life and it's like how can we all co-exist, and learn from each other?" said Monae. "How can we experience life together? I think that's what you see. Folks... pups... coming together and trying to survive."

Along with taking over the iconic role and song done in 1955 by Peggy Lee, Monae also brings some new music to the film with the help of Nate "Rocket" Wonder and Roman GianArthur.

"It was great," said Wonder. "The challenge was to listen and watch all the other Disney films and write some music that felt fun. It was awesome."

"I had so much fun working with these two," said Monae. "We've collaborated before on a lot of projects, but to get to play in our inner child and revisit a film that's meant so much to us, come up with original songs for it, was really a dream come true."

"I think it falls in line with all the Disney movies, trying to enforce positive messages of acceptance and loving one another," said GianArthur. "Even with our dirty paws!"