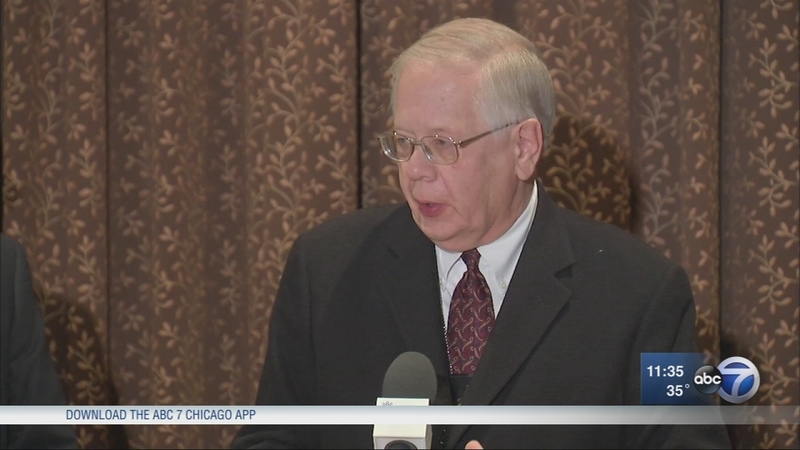 Rudd's office used forensic evidence to prosecute many cases and many people in the Lake County Jail and on Thursday, he found himself reporting after a warrant was issued for his arrest after an alleged election violation.

Rudd did not comment on his case after leaving jail after his bond was set at $150,000. He was charged with five counts of perjury on Wednesday. The charges stem from five pages of his nominating petitions for a failed 2016 re-election campaign.

The law requires the person circulating petitions to sign each page. Rudd signed the pages and had them notarized and allegedly did not witness the signatures.

Rudd's supporters allege the charges are politically motivated as Rudd's findings in cases contradicted prosecutorial litigation and has been outspoken in cases.

Rudd was the first public official to admit Lt. Joe Gliniewicz's death may have been self-inflicted. His case was later ruled a suicide.

"He's an American hero and a courageous man and sometimes that kind of courage has consequences," said Rudd's attorney Jeb Stone.

"They're just picking on Dr. Rudd because he's one of the people that won't kiss the ring," said Clyde Mclemore, an activist with Lake County Black Lives Matter.

In Melissa Calusinki's case, Rudd reclassified it from a homicide as cause undetermined for a boy in her care.

"He looked at the blood work, he looked at the X-rays, he looked at everything all involved in the case and I can't tell you anything bad about him at all, I mean it's all been good. He's a man of science," said Paul Calusinski, Melissa's father.