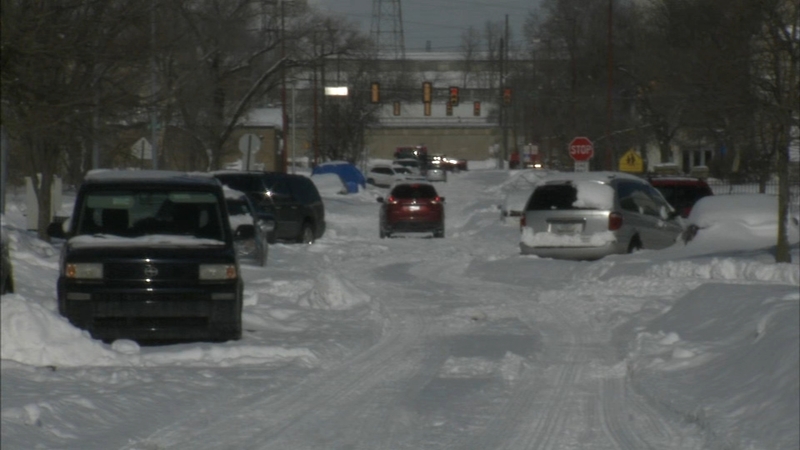 GARY, Ind. (WLS) -- One of the areas hit the hardest by the lake effect snow was northwest Indiana - and the snow is not done coming down.

See the latest snow totals from across the Chicago area as of 4 p.m. Tuesday.

"Just have to keep digging until you get out or somebody come help," Gary resident Antoinette Gaines said.

With over 400 miles of roads in one of Northwest Indiana's biggest cities, Gary's Public Works department has its hands full dealing with a snow event unlike anything seen for many years.

"Hopefully it's sort of subsided for the day," said Rachelle Ceasar, with Gary Public Works. "But the lake effect - which has varied in various parts of the city depending on proximity to the lake - has been our greatest challenge."

With most of the attention still on the main roads, and a need use limited salt stores wisely, the side streets have been left mostly untouched. Residents trying to dig themselves and their vehicles out, had to take it slowly. One 72-year-old man who had three family cars to take care of encouraged taking breaks. Frustration bubbled up for some, however, as already-cleared driveways once again got blocked in my passing plows.

"We're already messed up out here, they're just making it worse for us," Gary resident Monique Hughes said. "So now we have to plow ourselves with nothing but shovels barely working. It's cold. My fingers cold. My feet cold. Just for them to put the snow in front of the house."