Houseboats, sailboats and motorboats have been beached, creating a surreal scene in an otherwise rugged desert landscape.

BOULDER CITY, Nev. -- An abandoned old power boat juts upright from the cracked mud like a giant tombstone. Its epitaph might read: Here lay the waters of Lake Mead.

The largest U.S. reservoir has shrunken to a record low amid a punishing drought and the demands of 40 million people in seven states who are sucking the Colorado River dry. The megadrought in the U.S. West has been worsened by climate change. Wildfire season has become longer and blazes more intense, scorching temperatures have broken records and lakes are shriveling. 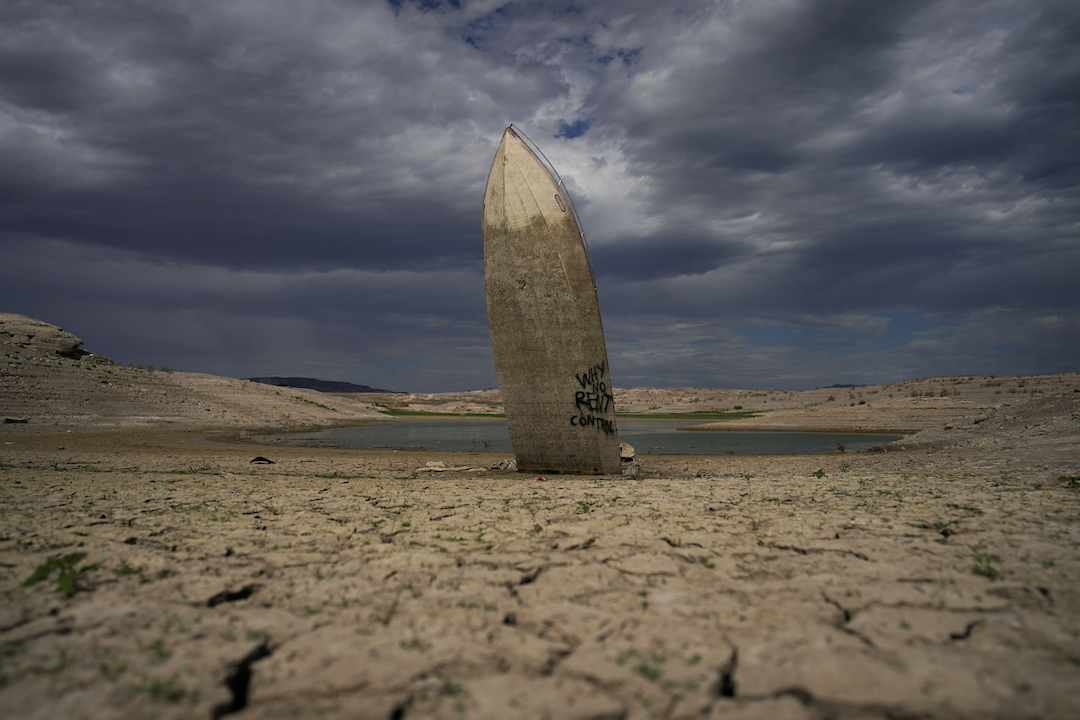 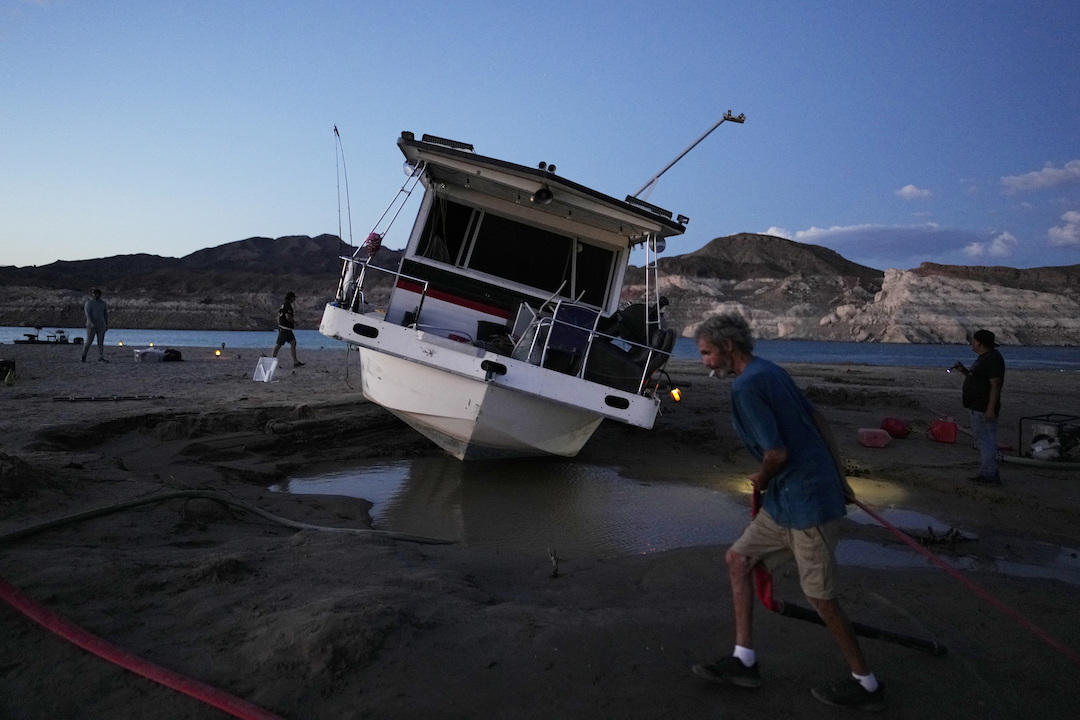 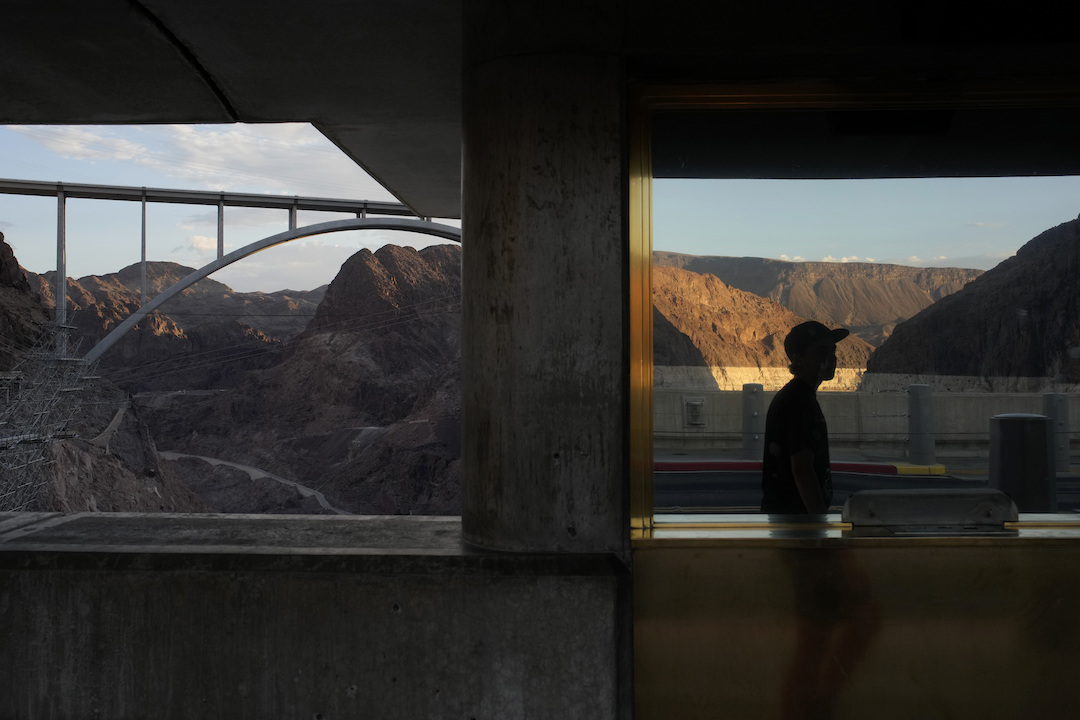 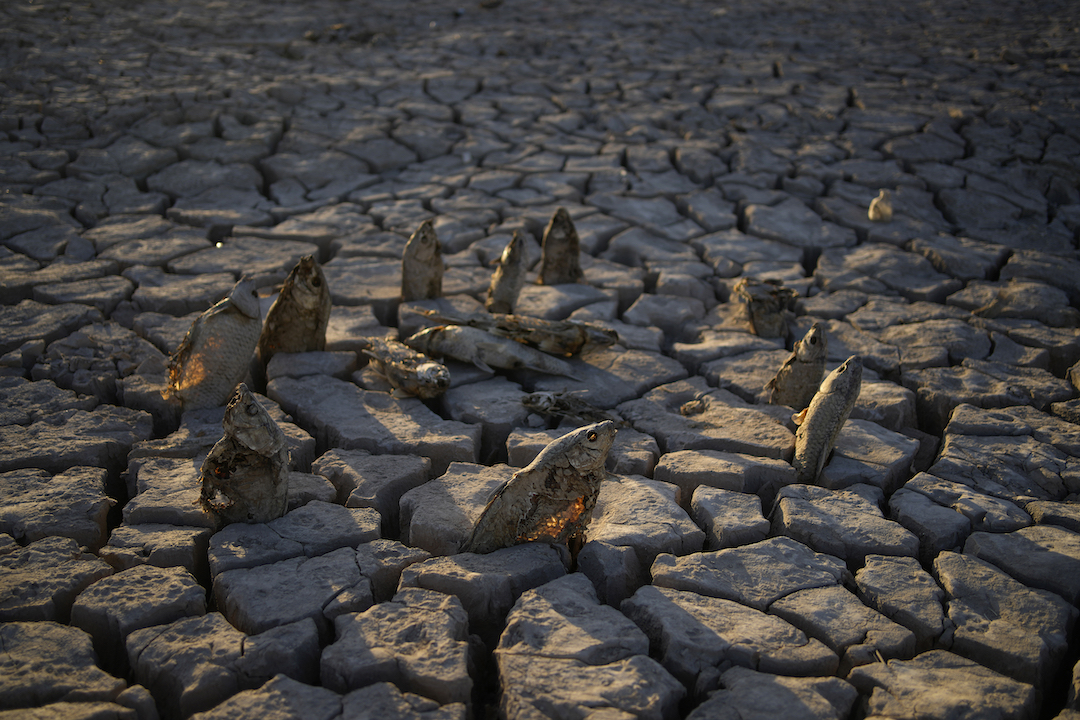 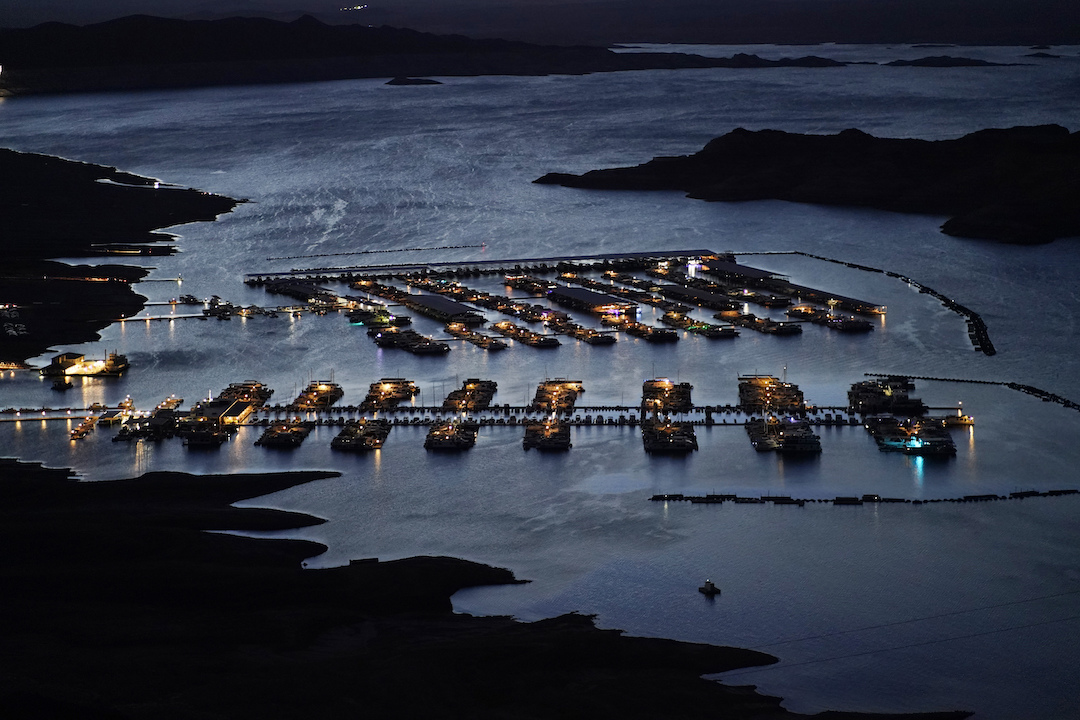 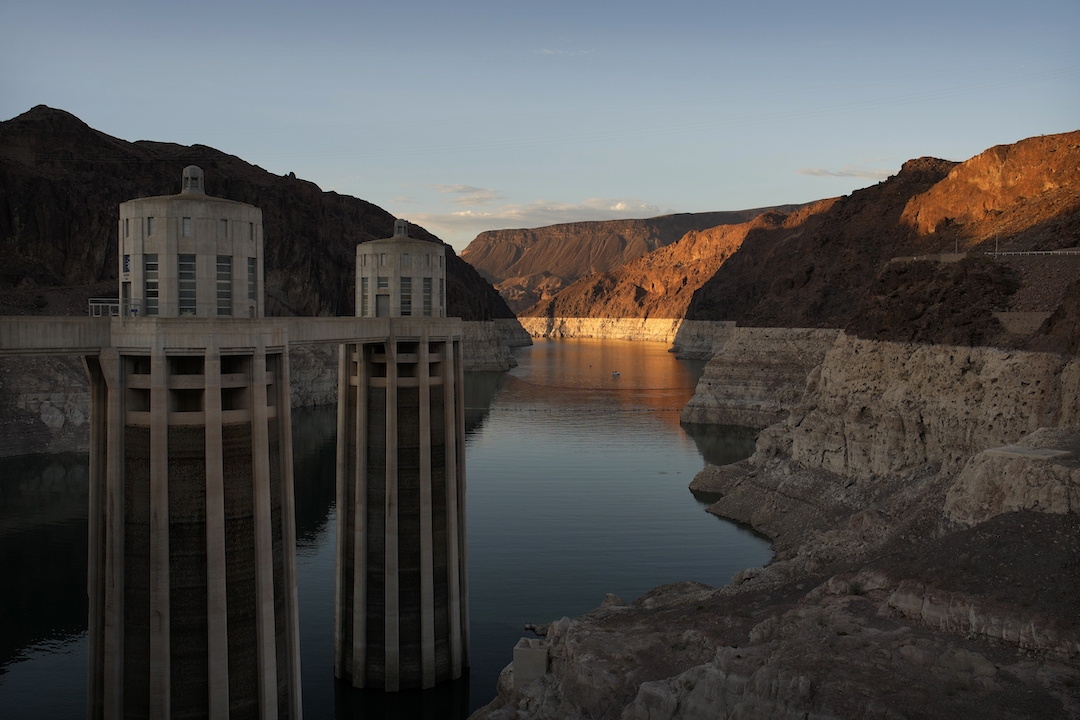 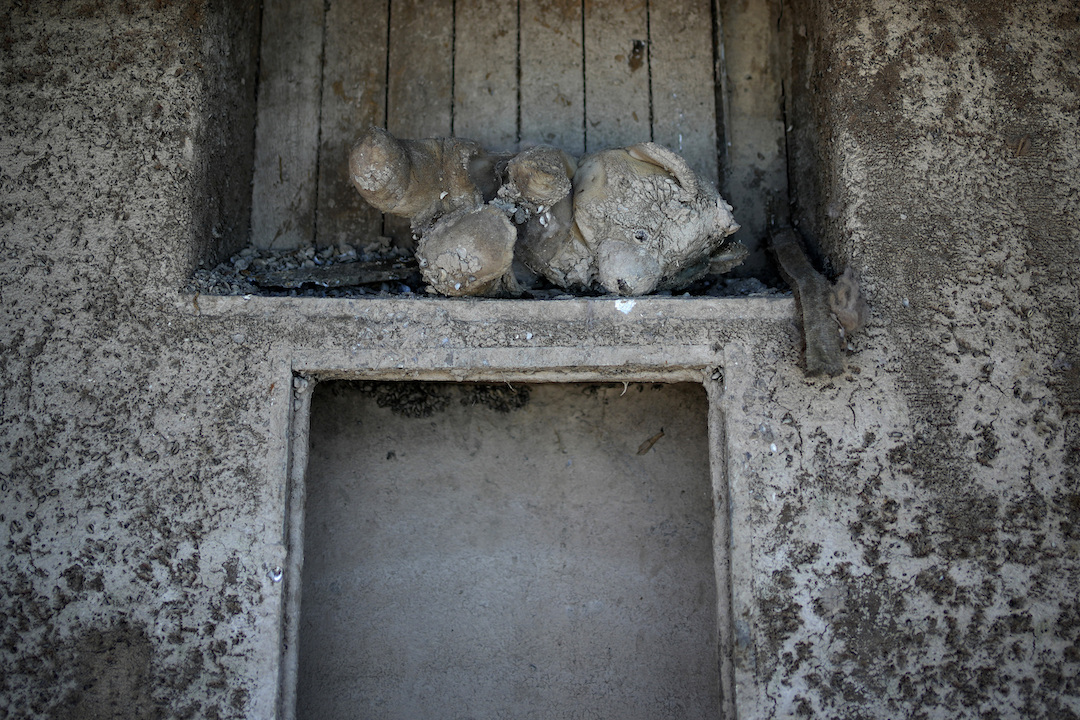 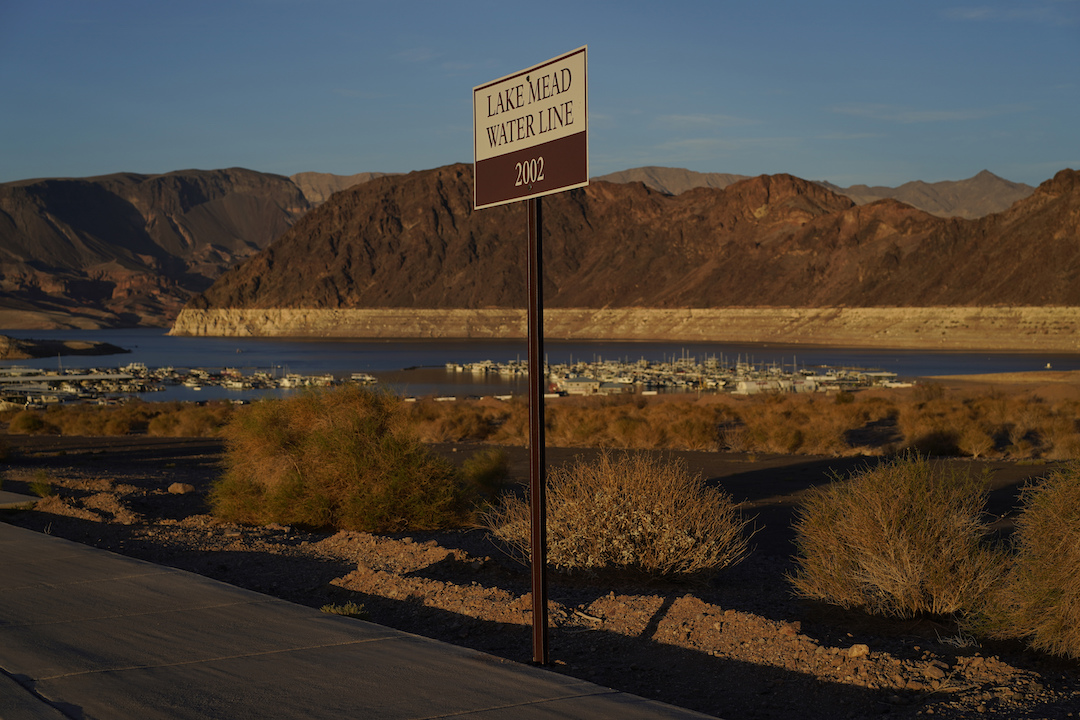 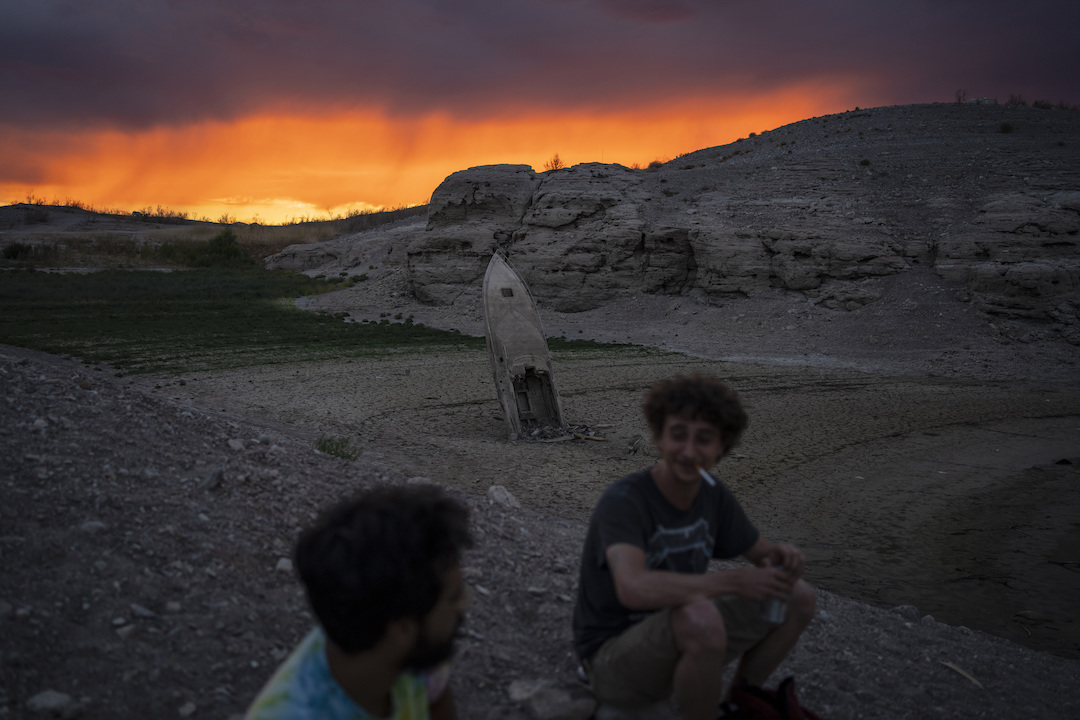 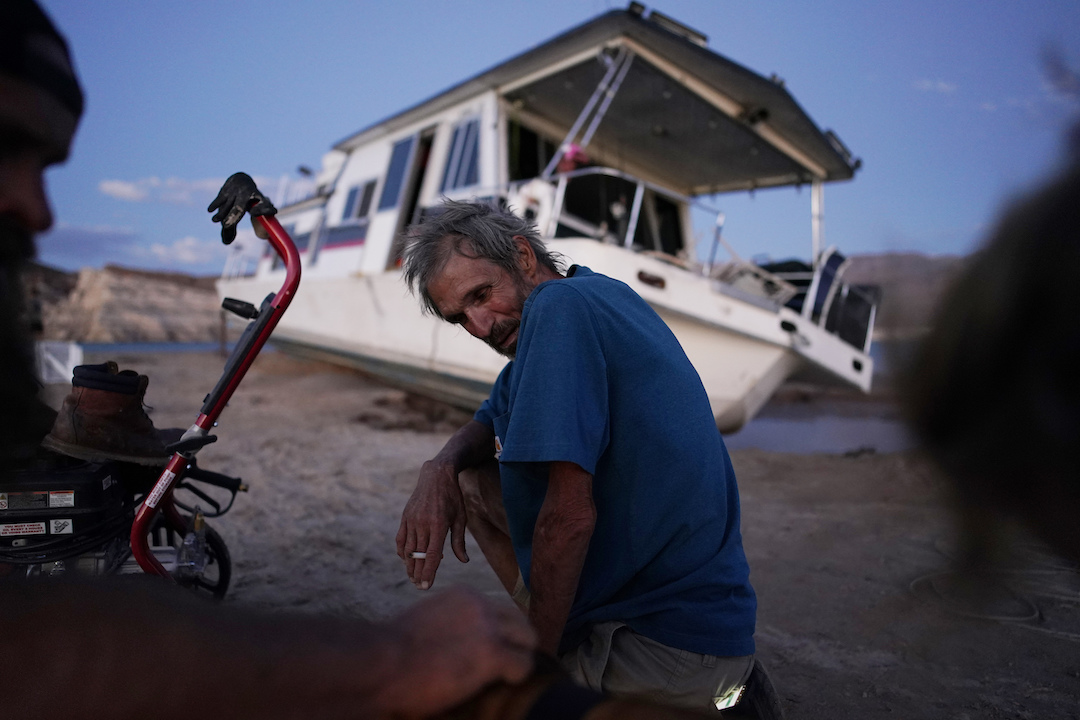 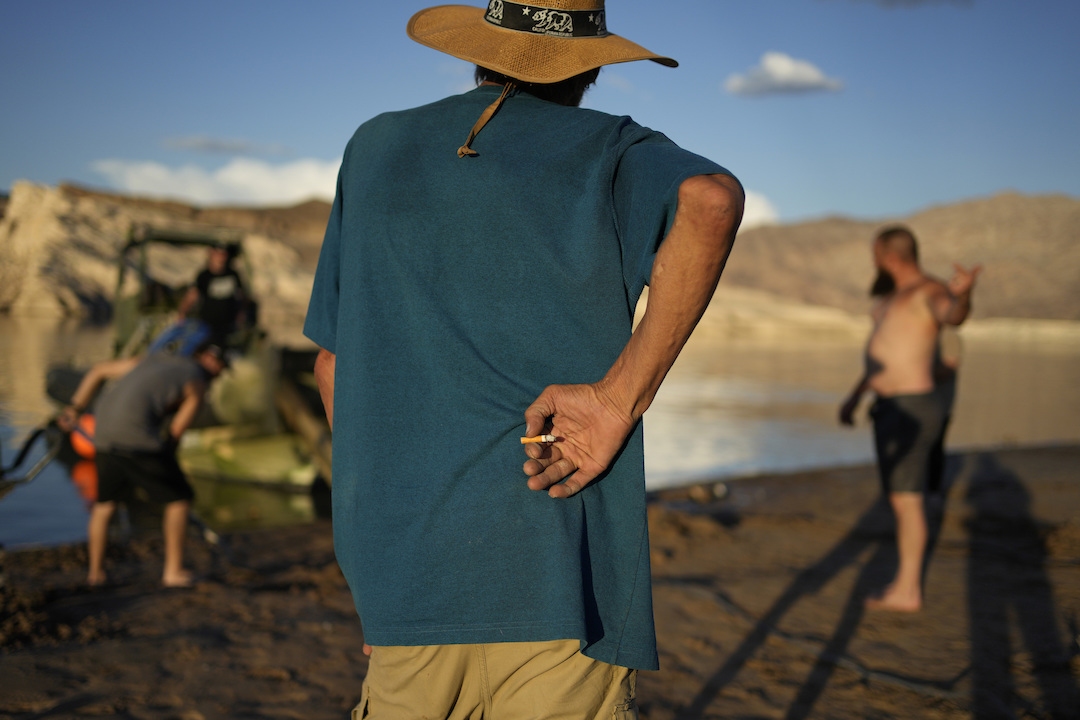 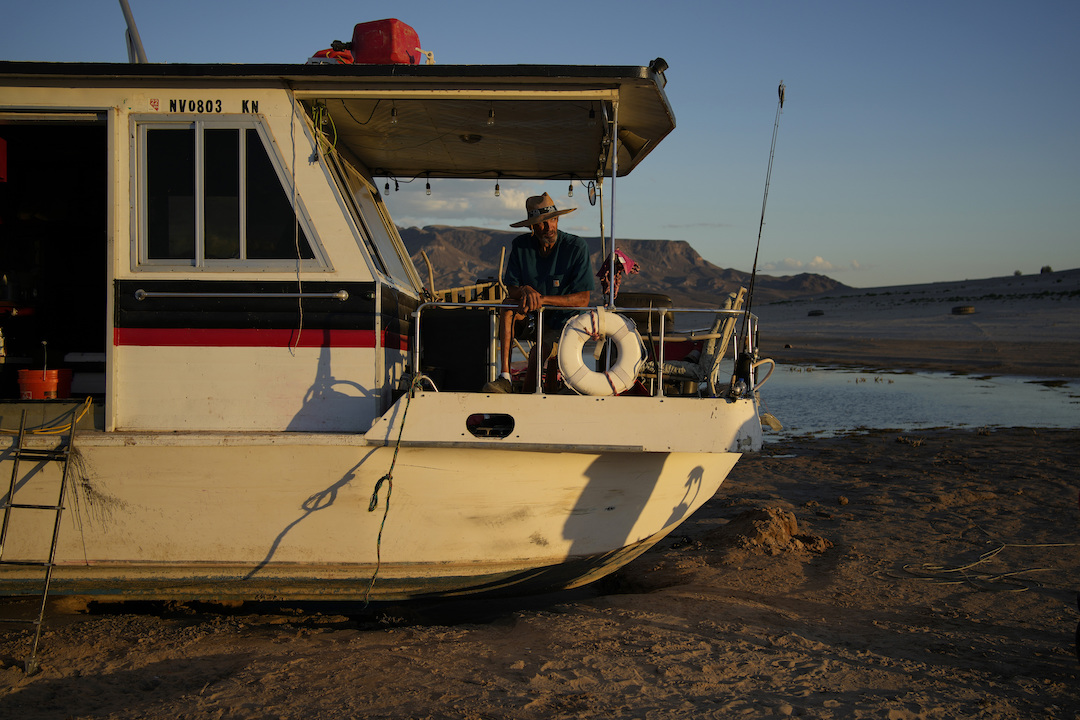 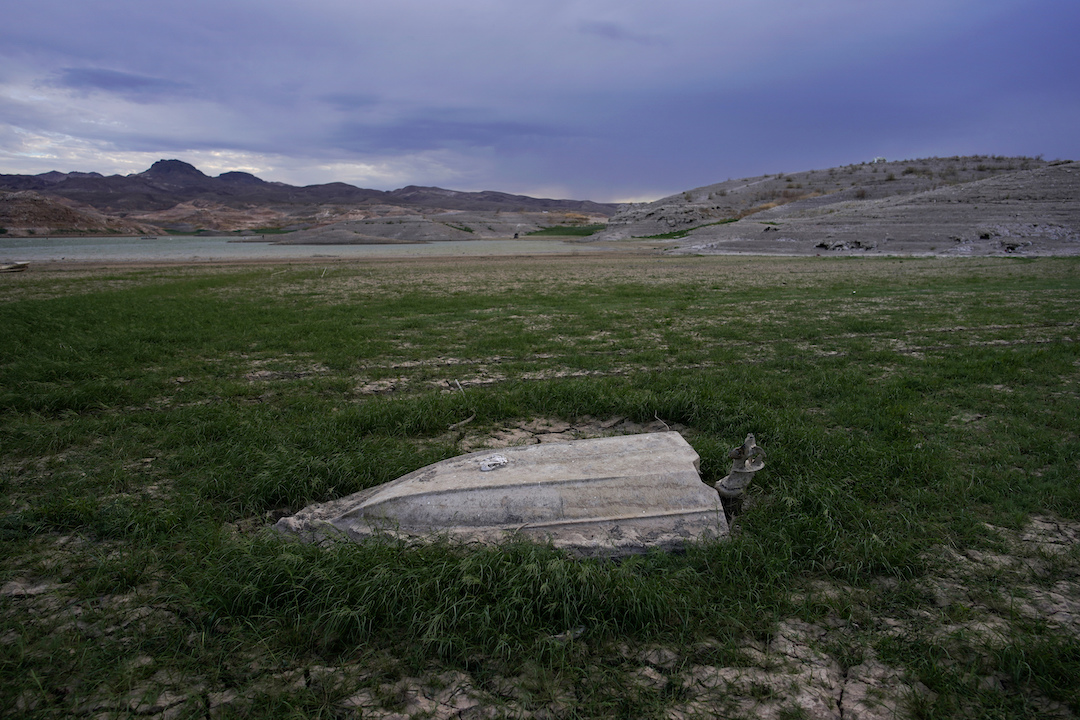 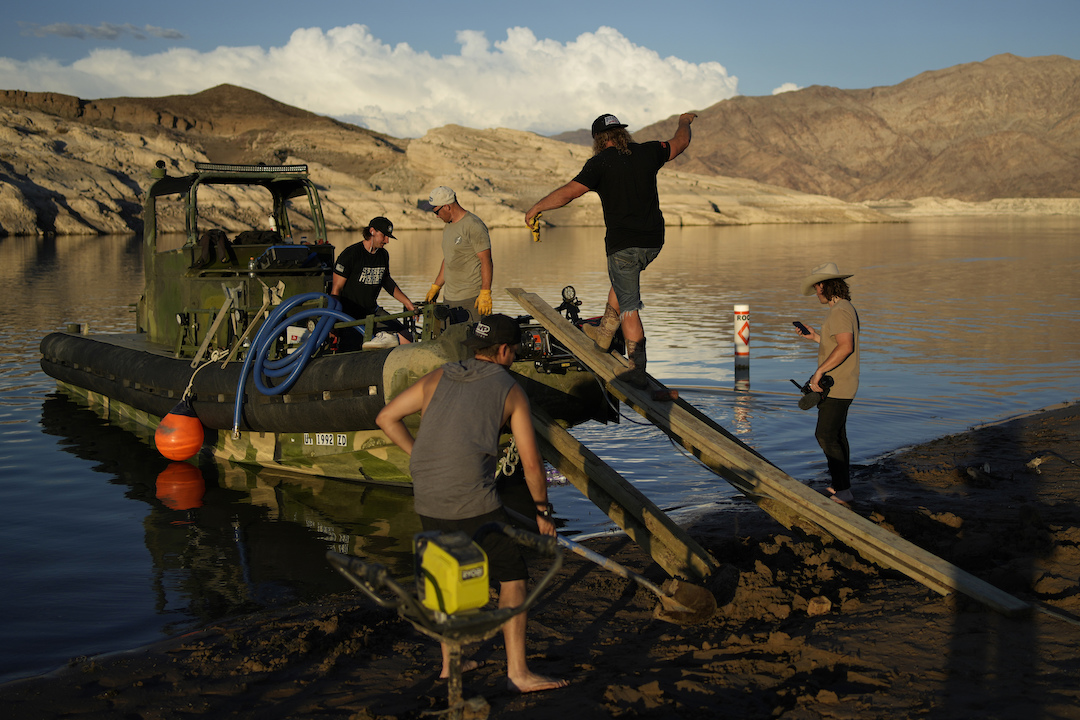 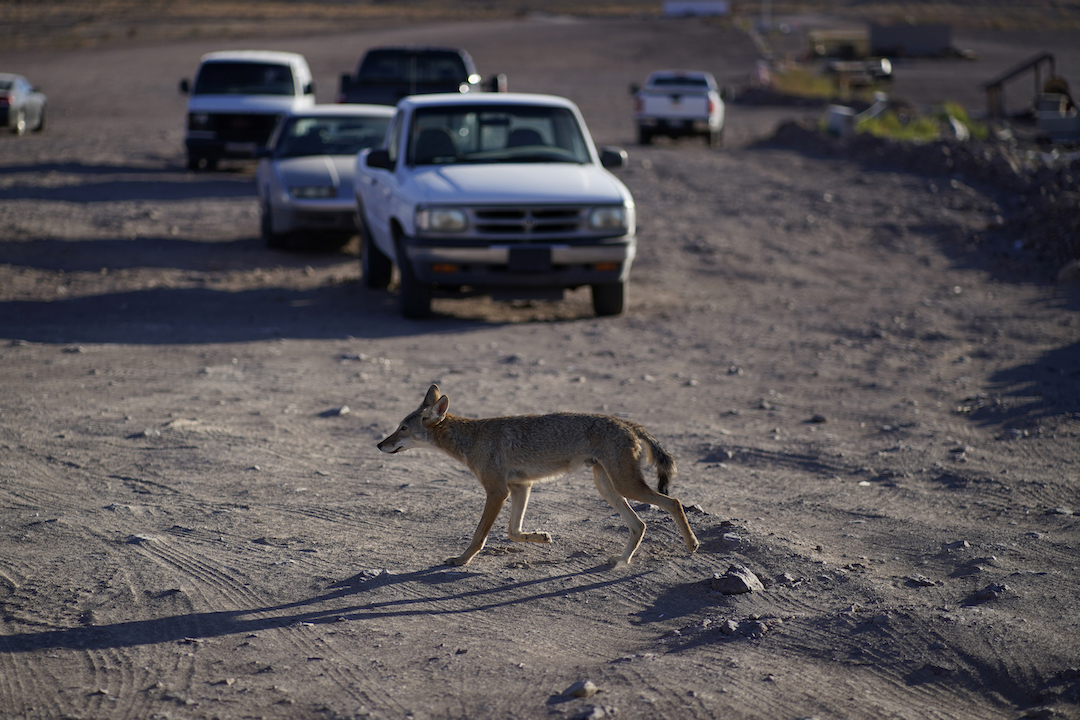 Receding waters of Lake Mead National Recreation Area have revealed the skeletal remains of two people along with countless desiccated fish and what has become a graveyard of forgotten and stranded watercraft.

Houseboats, sailboats and motorboats have been beached, creating a surreal scene in an otherwise rugged desert landscape. A buoy that once marked a no-boat-zone sits in the dirt, not a drop of water anywhere in view. Even a sunken World War II-era craft that once surveyed the lake has emerged from the ebbing waters.

Nature did not create this still water paradise for fishing, camping and kayaking. The mighty Colorado River that divides Nevada from Arizona once flowed beneath the walls of Black Canyon until the Hoover Dam was erected in 1935 for irrigation, flood control and hydropower.

The reservoir is now below 30 percent of capacity. Its level has dropped 170 feet (52 meters) since reaching a high-water mark in 1983, leaving a bright white line of mineral deposits on the brown canyon walls that looms over passing motor boats as high as a 15-story building.

Most of the boat ramps have been gated and marina docks moved into deeper waters. A sign that marks the water level in 2002 inconceivably stands above a road that descends to boat slips in the distance.

WATCH | Our America: Climate of Hope

The dropping water levels have consequences not only for the cities that depend on the future source of water but for boaters who have to navigate shallow waters and avoid islands and sandbars that lurk below the surface before emerging.

Craig Miller was motoring around on his houseboat last month when the engine died and he floated to shore. Within days, the knee deep water where his boat came to a rest was gone.

"It's amazing how fast the water went down," Miller said. "I was landlocked."

He bought pumps and tried to dredge the sand around the boat to create a channel to the water, but couldn't stay ahead of the receding waters. A tow from shallow waters, originally estimated at $4,000, ballooned to a $20,000 salvage job when he became marooned.

Miller spent three weeks on the beached boat, spending much of it soaking in the water to stay cool in the triple-digit heat. The day before he was told by park rangers that he had to get the boat off the sand, Dave Sparks, a social media personality known as Heavy D, who had seen a video about Miller's plight, showed up with a crew to pull the boat from the shore and tow it to a marina.

Others have flocked to the dried lake bed for selfies in the haunting landscape or against the backdrop of what looks like a colossal ring around a bathtub.

The dried lake bottom looks like shattered glass, the cracks expanding in the hot sun and mud fading from brown to beige.

A small school of dead fish have been propped on their tails and arranged in a circle.

As the sun sets to the West over Las Vegas, the light illuminates the translucent hollowed-out body and empty eye socket of one fish. Its mouth is open as if it is trying to breathe.

The Associated Press receives support from the Walton Family Foundation for coverage of water and environmental policy. The AP is solely responsible for all content. 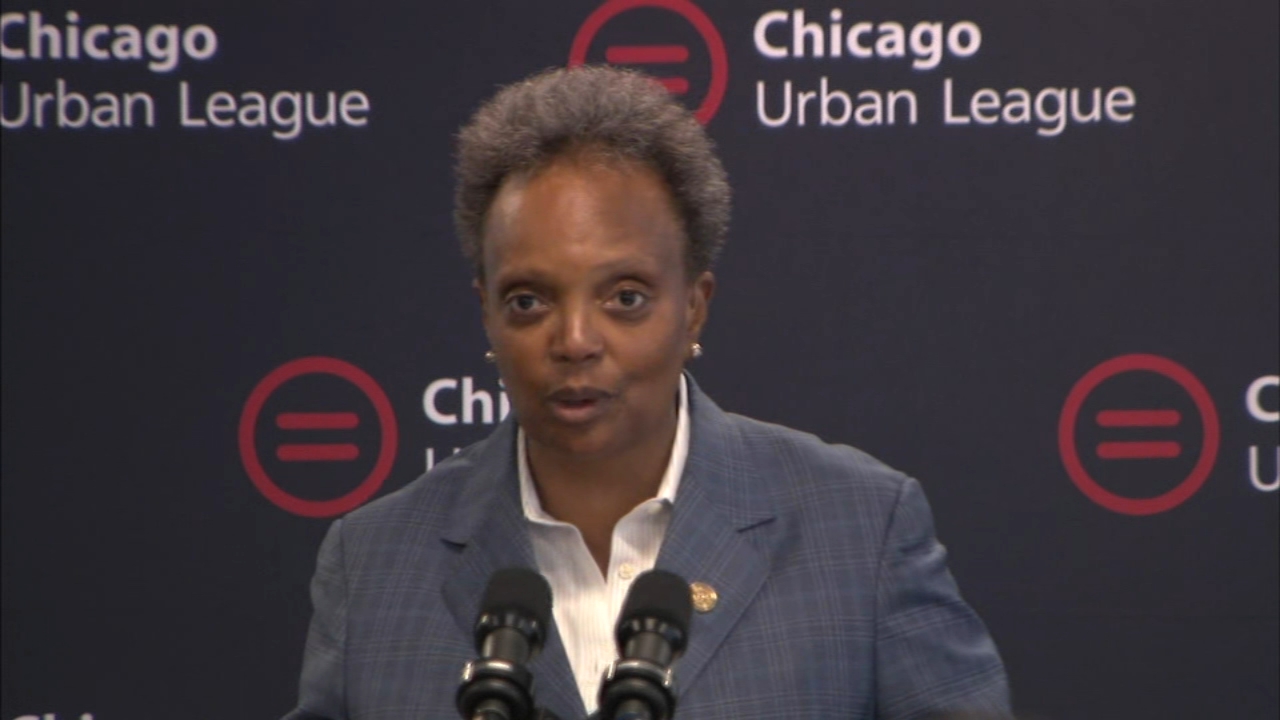 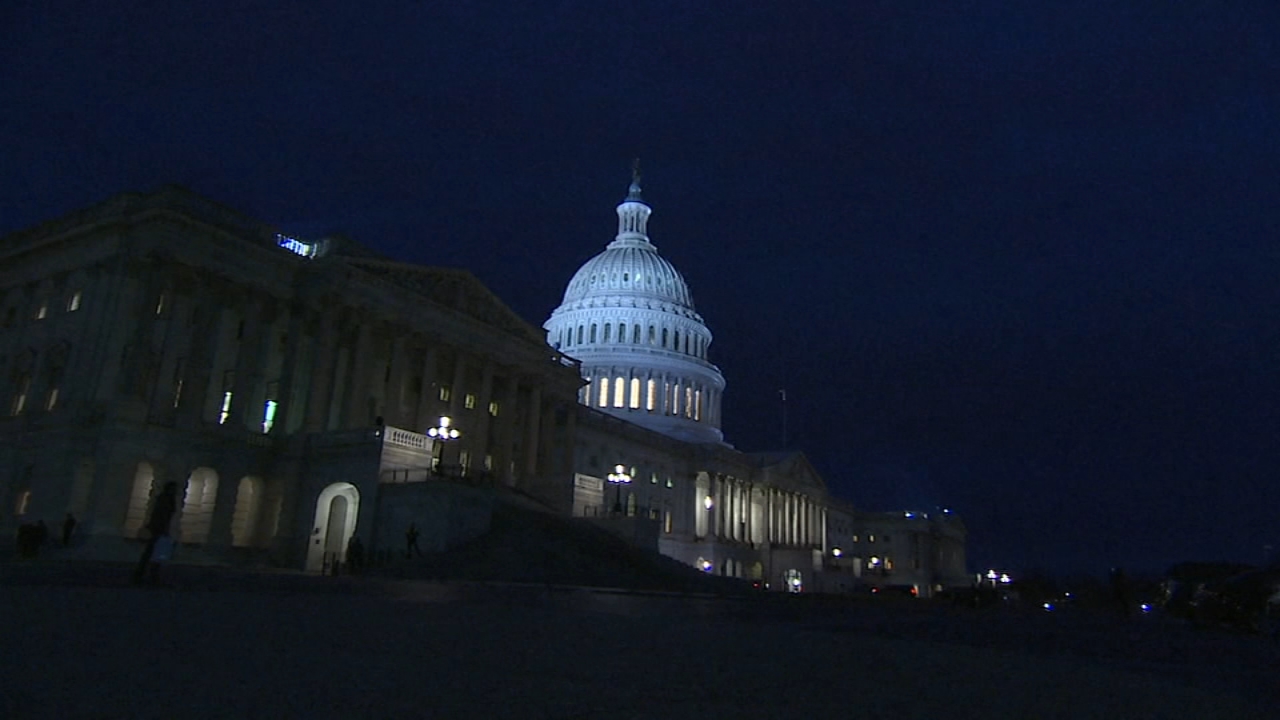 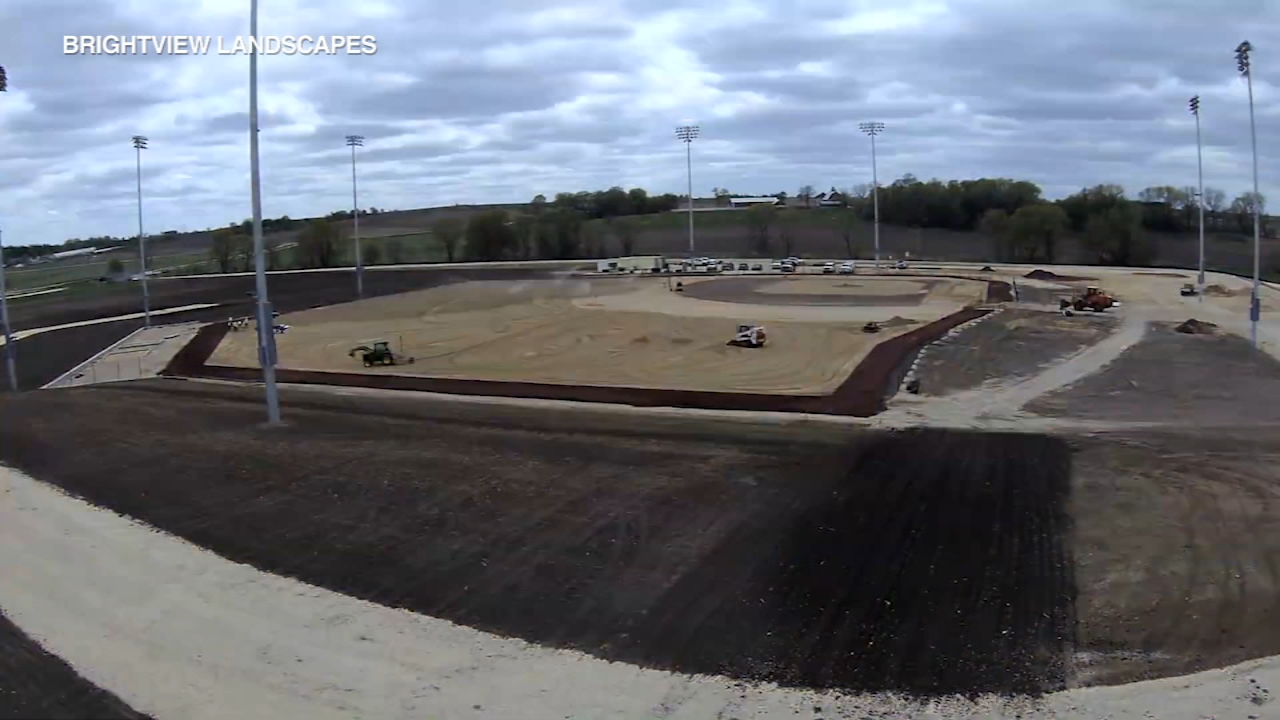