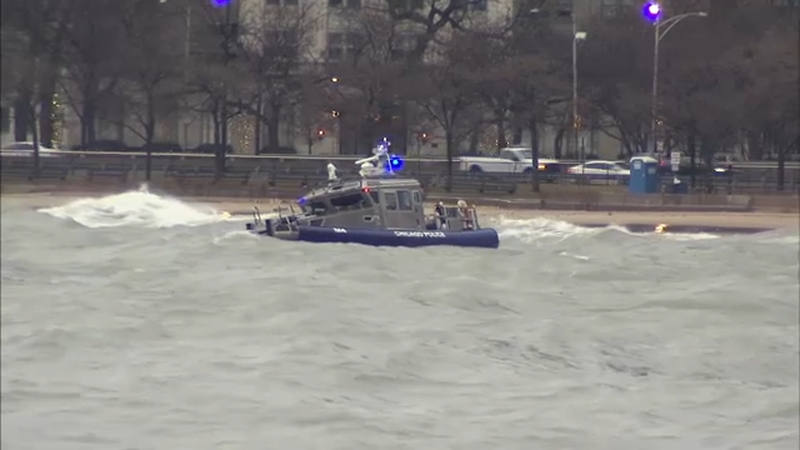 CHICAGO (WLS) -- Two men were rescued and a woman remains unaccounted for after they jumped into Lake Michigan Friday morning, the Chicago Fire Department said.

CFD confirms three people, two men and a woman, jumped into the dangerous water on purpose and planned to jump right back out. They did not anticipate the rough conditions. Strong winds have created 12 to 16 foot waves.

Authorities quickly started their intense search in the water, along the path and even in the air hovering above around 7:15 a.m. They were able to rescue the two men. One was transported to Northwestern Memorial Hospital, where his condition stabilized, and the second person refused treatment.

The 22-year-old woman remains unaccounted for and the Coast Guard is continuing to search along the path only.

"There's waves that kind of sneak up here and break and pull people in," said Chief Warrant Officer Matthew James of the U.S. Coast Guard. "I had one come up to my knees and almost pulled me down and I'm wearing all of this gear, so if it's dangerous for me, it's dangerous for someone on a bike or out for a jog."

CFD has tweeted a warning to stay off the bike paths along the lake because of dangerous waves.