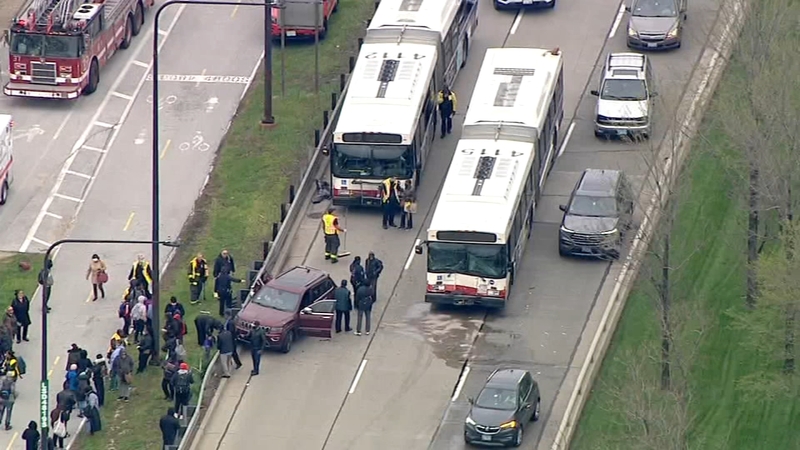 CHICAGO -- Four women and a child were taken to hospitals after a CTA bus crashed on DuSable Lake Shore Drive near Kenwood on the South Side Thursday morning.

The three-vehicle crash happened around 7:30 a.m. in the northbound lanes near 47th Street, according to Chicago Fire Department spokesman Larry Langford.

The bus was carrying around 50 people when it rear ended another car, smashing in the bus's front end, Langford said. Four women and a child were taken to hospitals in good condition.

Most of the passengers on the bus and the driver refused medical attention and transferred to another bus, Langford said.