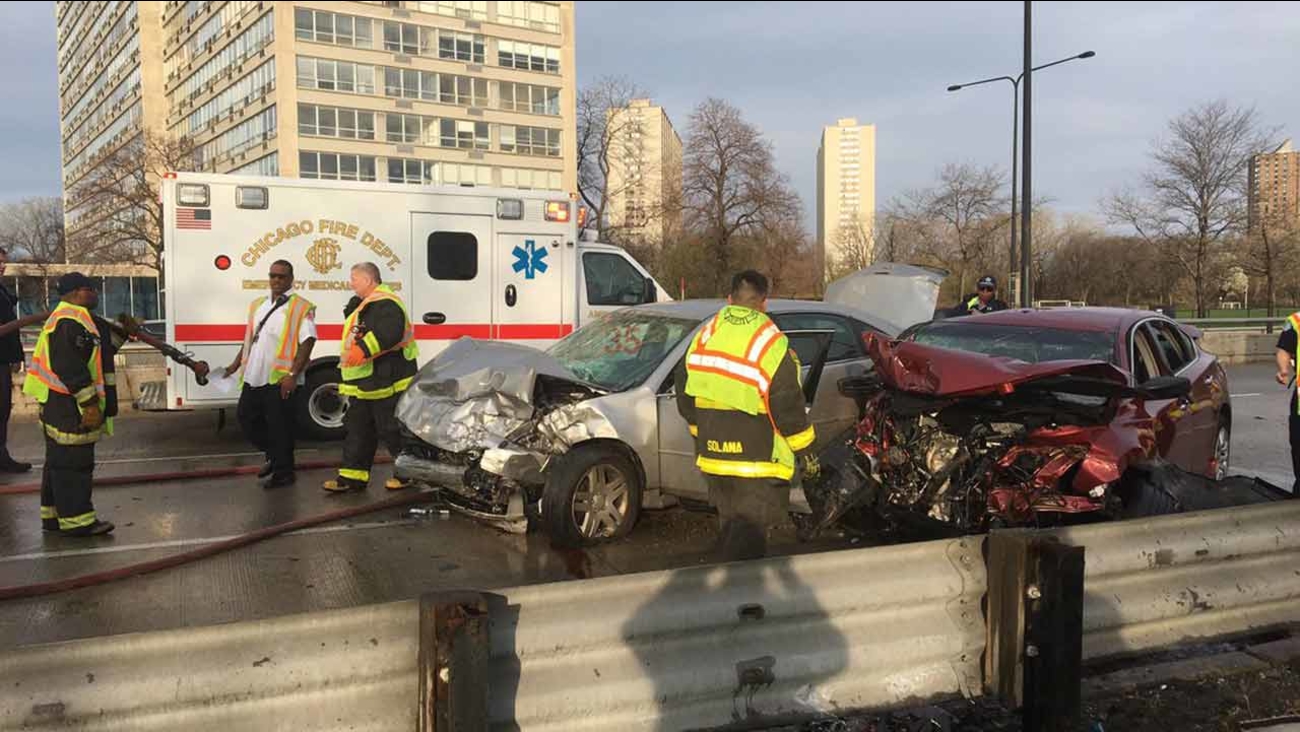 CHICAGO (WLS) -- A 39-year-old man was charged with driving under the influence of alcohol and child endangerment in a wrong-way crash on Lake Shore Drive that sent four people to the hospital.

Roderick E. Smith, 39, of Oak Lawn, was traveling south in the northbound lanes around 6:45 a.m. Sunday when police said he struck another vehicle in the 4800-block of Lake Shore Drive in Chicago's Kenwood neighborhood.

An 8-year-old boy was transported in critical condition to Comer Children's Hospital, where he stabilized. A 54-year-old man and a 28-year-old woman were transported to Northwestern Memorial Hospital in serious condition.

A fourth person was transported in critical condition to Stroger Hospital. Police said Monday a mug shot for Smith was not available.