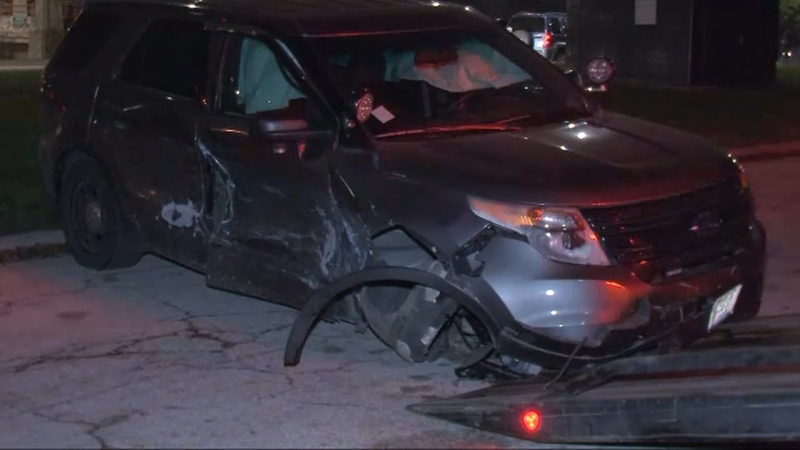 CHICAGO (WLS) -- Six people, including two children and two police officers, were injured in a hit-and-run crash on Lake Shore Drive Saturday night. The driver responsible remains on the run.

The crash occurred in the 4400 block of S Lake Shore Drive at around 8 p.m.

Chicago police said the person behind the wheel of a black BMW just kept on driving after side-swiping an unmarked police SUV at a high rate of speed. The driver was headed northbound near 44th Street.

Following the initial impact, police said the officers' vehicle spun out of control. The BMW then hit a second vehicle, a dark-colored Toyota carrying two women in their 20's and two infants.

All were hospitalized with injures that are not life-threatening.

Police are still searching for the hit-and-run driver.