CHICAGO (WLS) -- An ABC7 Eyewitness News reporter and photographer were among the first on the scene Saturday morning when good Samaritans rescued a teen driver from a fiery wreck on Lake Shore Drive.

Eyewitness News reporter Evelyn Holmes and photographer John Truitt came upon scene moments after the crash around 10:30 a.m. Saturday in the southbound lanes of Lake Shore Drive near McCormick Place. 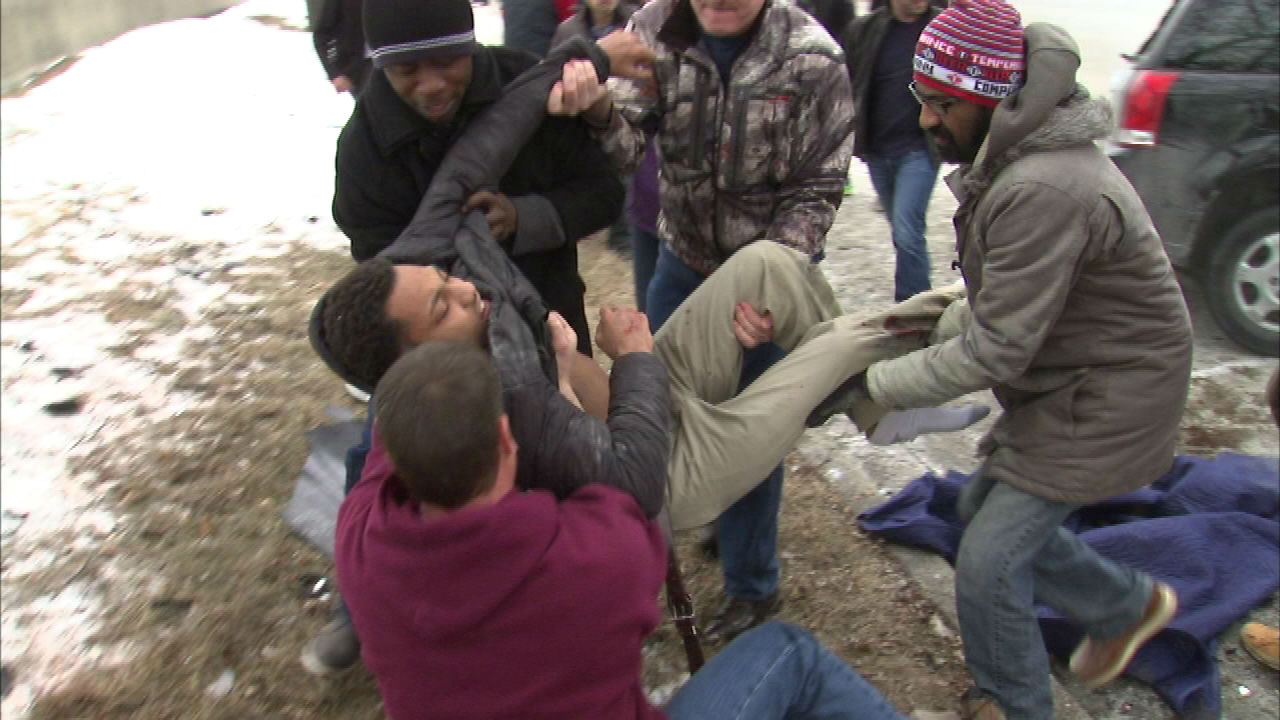 ABC7 first on scene of fiery LSD crash
An ABC7 Eyewitness News reporter and photographer were among the first on the scene Saturday morning when good Samaritans rescued a teen driver from a fiery wreck on Lake Shore Drive.

The heroic actions of a community of strangers saved a life on Saturday after the crash trapped the teen in his burning SUV on southbound Lake Shore Drive.

"We all came together and somehow we got that individual out of that car," Norris Teague said.

Teague was among the selfless who used his bare hands to try and free the injured driver.

Another man used a saw in his trunk to try to cut the car's debris away as Depillars went in and out if consciousness.

Then there was panic as ABC7 News photographer John Truitt alerted everyone that the flames thought extinguished rekindled.

With a second fire extinguisher emptied, some resorted to using snow to try to put out the flames. Moments later Depillars was pulled to safety just before the vehicle was engulfed in fire.

As the Mount Carmel High School student was taken to the hospital, at least one reluctant hero celebrated a life saved because people did the right thing at the right time.

"It was about that young man's life, so thank you," Teague said.

Depillars father said that doctors continue to evaluate his son, trying to determine if and what head trauma he may have sustained.

"I'm very grateful for those people who stopped and pitched in to save my son's life, and all the thoughts and prayers from all the friends and family that have been pouring in," said Norman DePillars.