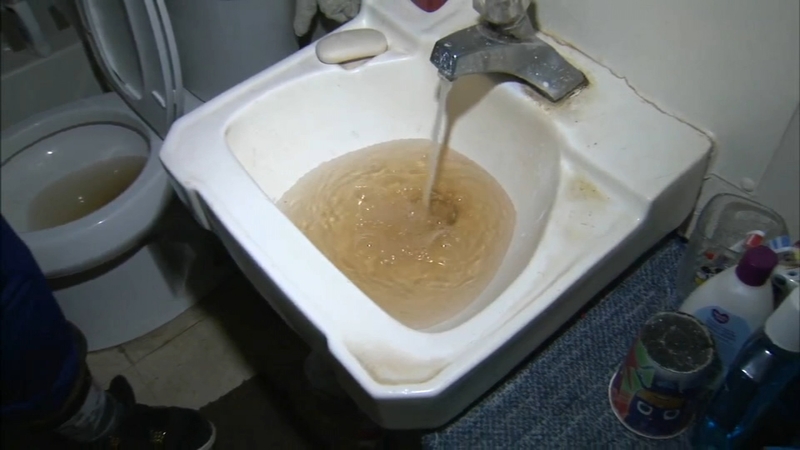 Some people in Lake Station have had brown water coming out of their taps for months. Early Thursday, a driver hit a power pole, knocking out power and killing an overnight project to fix the water issue.

The driver is now nowhere to be found after slamming into the pole at around 1:30 a.m. The public works department was about an hour into a six-hour project to flush out hydrants in one part of the city when it happened.

Booster pumps to the ground storage tank lost power and those are needed to keep water pressure up in order to flush out the hydrants and clear any mineral build-up in the pipes., so they couldn't finish the job.

Residents in Lake Station have been disgusted by brown water when they turn on their faucets. It started showing up after a water main break over the summer. Once that happened, high water pressure started flowing through the pipes throughout the city, stirring up a bunch of sediment.

City leaders say the water is safe to drink and use, but unpleasant to look at.

Public works is planning to flush out all of the pipes in the city at the same time which would take a few days. They have been waiting for parts to repair an interconnected line to the city's backup water supply. ABC7 has been told those parts have finally arrived. They will install those and then they won't have to do this neighborhood, by neighborhood project.

"As long as they're trying to fix it," said Lake Station resident Phillip Lapkovitch. "You know I get sometimes you have your difficulties, but like i said it has been an ongoing problem for a long time."

A week later, the city says a freak computer glitch at the city's water treatment plan made the dark water problem worse. That let some of the recycled water into a clear water well, and it got into distribution.