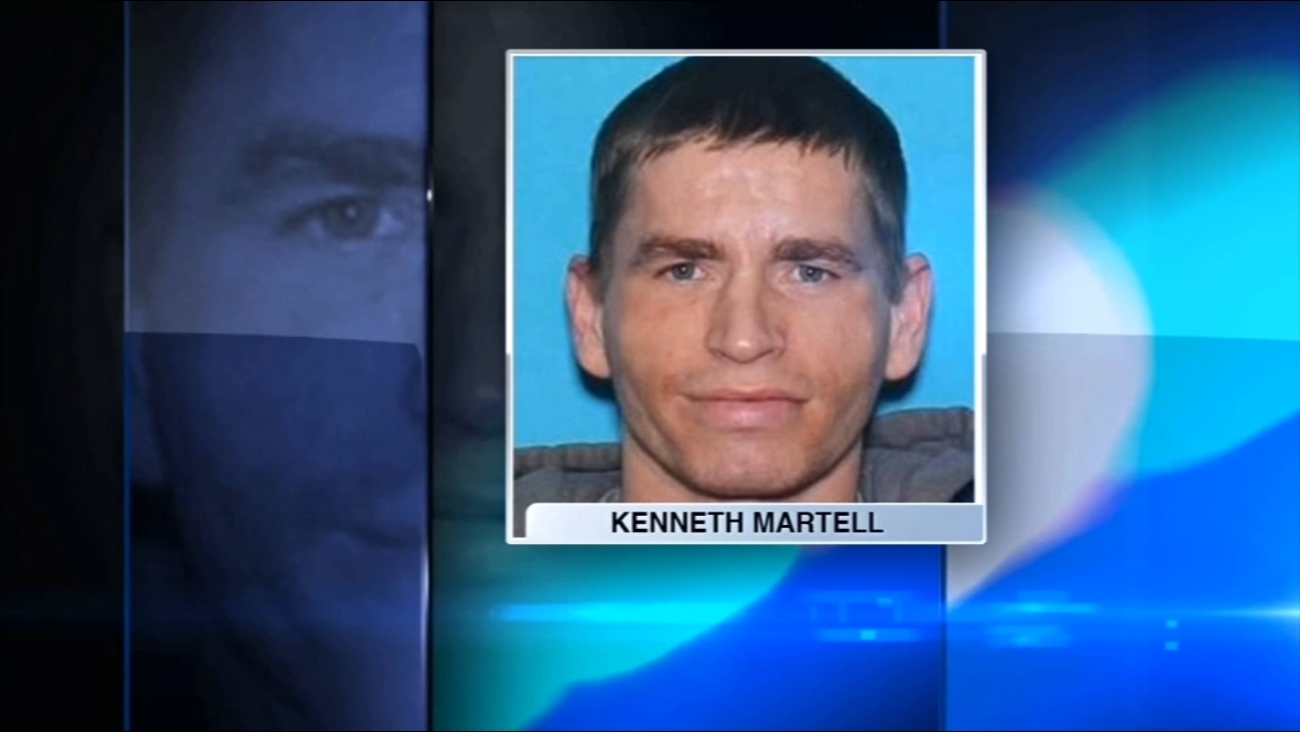 Investigators have confirmed 36-year-old Kenneth Martell, the man shot and killed by police Thursday was wanted for the killing of an 88-year-old man in Pennsylvania. (WLS)

LAKEMOOR, Ill. (WLS) -- A prosecutor has ruled that a suburban Chicago police officer acted in self-defense when he fatally shot a northwestern Pennsylvania man wanted in the death of an 88-year-old man.

Lake County State's Attorney Michael Nerheim said Wednesday that two Lakemoor officers were within feet of a man armed with two handguns during the July 26 confrontation when one of them fired at Kenneth Martell of Springboro, Pennsylvania.

Police say the shooting happened after an officer stopped to investigate an SUV parked on a single-lane access road about 40 miles northwest of Chicago and they struggled over a handgun Martell pulled out.

Martell, 36, faced a murder warrant in the July 23 beating and stabbing death of Theodore Garver during a robbery in Springsboro.

The incident is believed to be the first police-involved shooting in Lakemoor.

"With both officers within feet of a man armed with two handguns, only one option remained for the officers: To defend themselves," a release from Nerheim's office said.

Martell's family members recounted to police his abuse of illegal drugs including methamphetamine and that Martell had statements to friends and family saying "cops were going to kill him over a drug bust" and that he was "not going down without a fight," according to the release.

There is footage of the incident, and Nerheim's office said it would be available on his office's website in the coming weeks.