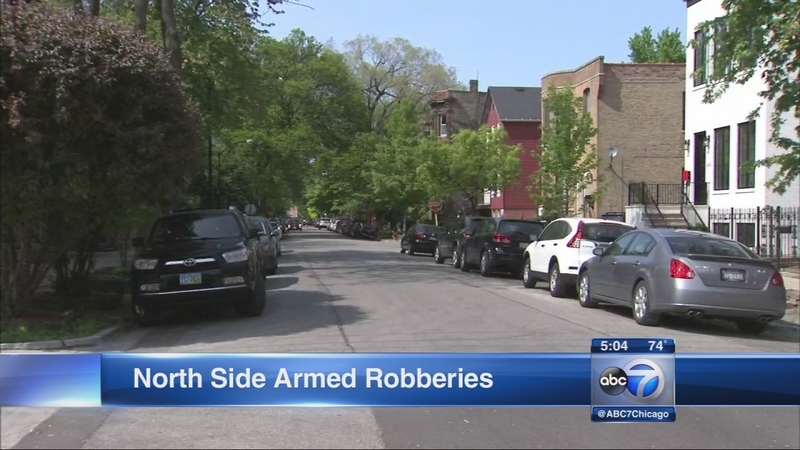 CHICAGO (WLS) -- Residents in the Lakeview neighborhood on the North Side are being told to be on alert after reports of at least five armed robberies in the past week.

Five incidents occurred since Monday, the latest of which was shortly before midnight Friday in the 2400-block of North Seminary near the DePaul University campus in the Lincoln Park neighborhood.

In each robbery, the offender showed a gun. The robberies happened at:

Residents in the area said they generally feel safe.

"It definitely makes me a little uncomfortable, but since I've been here, this whole year, I've felt very safe in the neighborhood," said DePaul student Emma McCarthy. "But I do make sure I go out with friends. I wouldn't walk around alone too late at night."