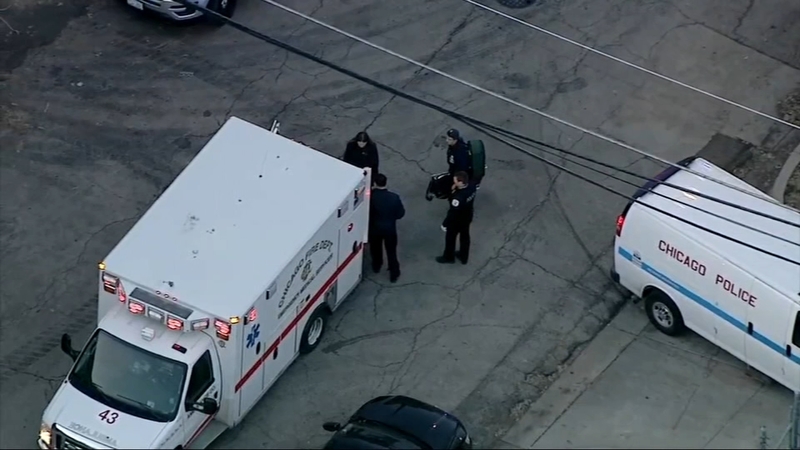 The man broke into a 29-year-old woman's apartment in the 900-block of West Cornelia Avenue about 3:30 p.m. by forcing his way into an apartment building protected by a locked gate.

"People pretend to be FedEx and it goes to your phone and people buzz them in," said Aaron Novasic, neighbor.

"There is a back gate which I guess could, someone could hop it or it could be unlocked," said Steven Ross, resident.

The intruder put the woman in a headlock, police said. She was able to escape and went into another room to call police. While the woman was on the phone with police, the man ransacked her apartment, grabbed a butcher knife from the kitchen and fled, police said.

"That's insane. I can't even imagine that. Definitely makes me question when my lease is up and when I'm getting out of here," Novasic said.

Police saw the man with the knife in the street as they arrived to the scene. The man tried to run away, at which point police used a Taser to detain him, police said.

The woman was not injured and charges against the man are pending.