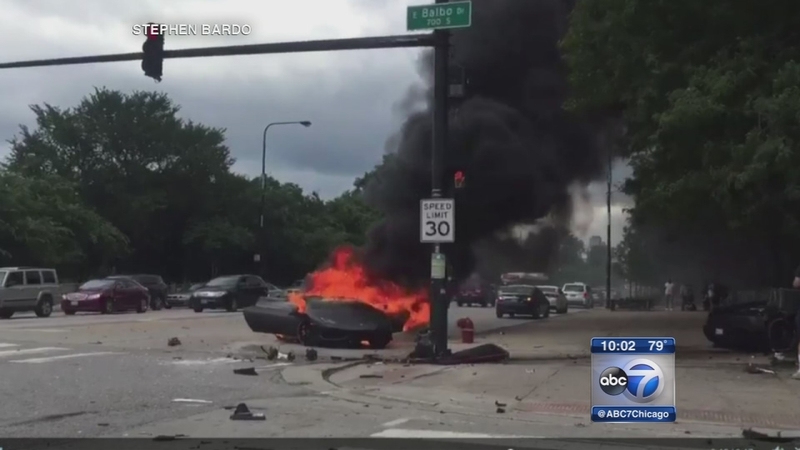 CHICAGO (WLS) -- A Lamborghini crashed into a light pole and burst into flames on Saturday near Grant Park, witnesses and fire officials said.

A man was pulled from the Lamborghini before it burst into flames, witnesses said.

Just left corner of Balbo and Columbus in Chicago Guy pulled from this car before explosion! #Chitown pic.twitter.com/cVDxxFNLcd