An ABC7 Eyewitness News Exclusive
WLS
By Will Jones 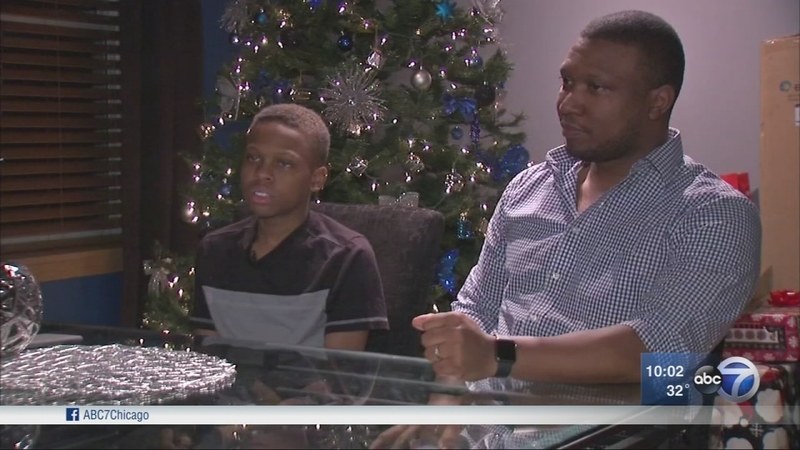 CHICAGO (WLS) -- Jermaine Harris said his son Jaylen, who is in 8th grade, was called the n-word repeatedly by a classmate at Lane Tech College Prep on Monday.

Jaylen was planning to keep this to himself and handle it on his own, but his parents discovered the exchange when they were checking his school email. Now the family is having a tough conversation about race.

"I'm 37 years old, I haven't been called the n-word 17 times to my face by someone in my entire life," Jermaine said.

"God made us to show respect for everyone no matter color, age or whatever difference that people have. Everyone should be treated the same and equally," Jaylen said.

Jaylen, who has been sick with the flu all week, logged on from home during class time to work on a group project and he said that's when the harassment took place.

He said a classmate not only used the n-word during an online exchange, but also made racist statements like, "hey where did all the fried chicken go?" and "What did God say when he made the first black man? [Expletive], I burnt one."

Another classmate also took part in the conversation, but directed his rage at the student targeting Jaylen and threatening to beat him up. After referencing the student's Jewish background, the classmate wrote "#SaveHitler2K16."

Throughout the whole exchange, Jaylen never went on the attack. He simply replied, "stop."

Late Wednesday night, Chicago Public Schools released a statement saying in part, "Conduct of this nature has absolutely no place in our schools... School administration responded promptly... and the school is following policies and procedures in the Student Code of Conduct to address this serious incident."

"I need to know is this kid going to be in my son's class. Is he going to be roaming the hallway or what's going to be done to make sure his ideas don't manifest into action," he said.