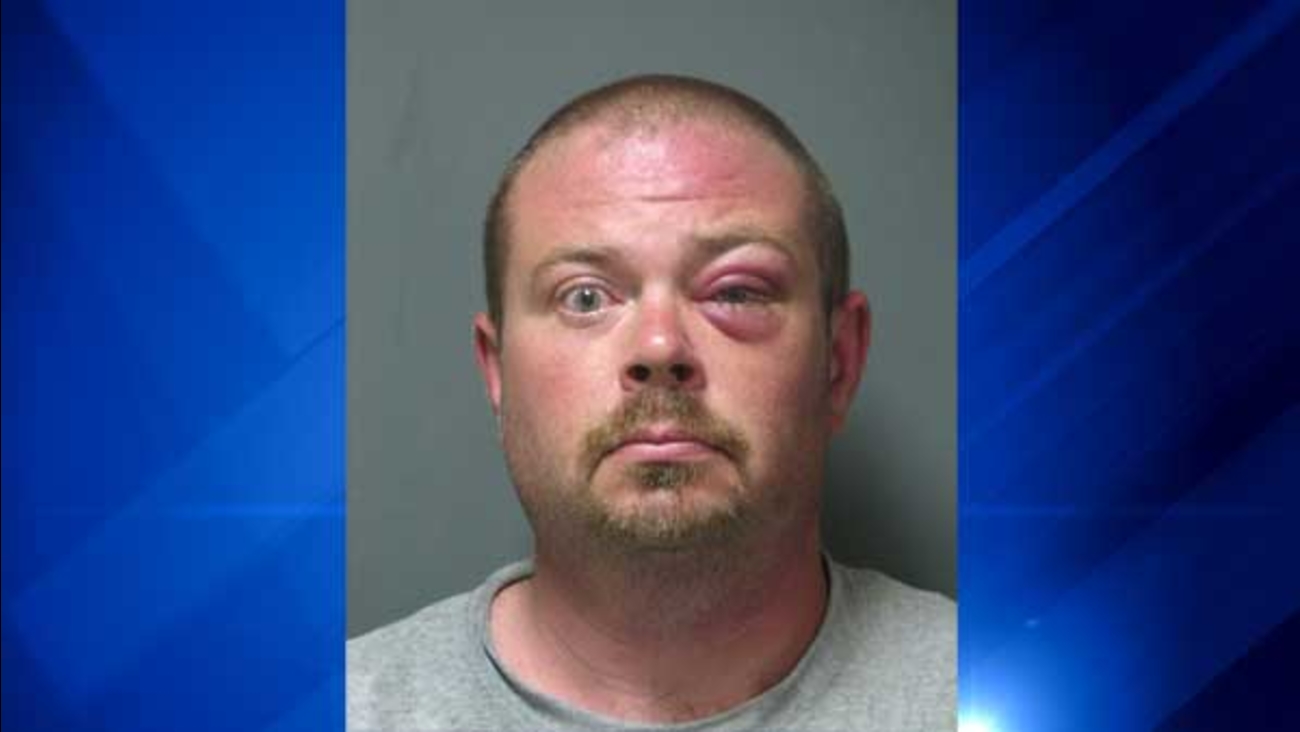 A Lansing man died after he was shot several times on his front porch. Donald Margraff, 36, was charged in his murder. (Lansing Police Department)

LANSING, Ill. (WLS) -- A Lansing man died after he was shot several times on his front porch. Donald Margraff, 36, was charged in his murder.

Police responded to a report of gunfire outside home in the 18500-block of Walter Street around 3:10 p.m. last Friday. Officers found a man unresponsive, with multiple gunshot wounds, lying face down on his front porch.

Paramedics were called to the scene. Paul Forystek, 39, was pronounced dead at 3:25 p.m.

Witnesses said Forystek was seen arguing with another man, later identified as Margraff, in front of the house. They said Margraff allegedly shot Forystek several times before taking off in a tan SUV.

Lansing police stopped an SUV matching the description of the vehicle involved near 173rd Street and Torrence Avenue around 8:15 p.m. Margraff was driving the SUV. He was arrested. A pistol was recovered from inside the vehicle.

The Cook County medical examiner's office conducted an autopsy and ruled Forystek's death a homicide. Police said the shooting appeared to be domestic-related. They said it was not random.

Margraff, of Lansing, was charged with first-degree murder on Saturday. He was denied bond on Sunday. He is due back in court on Wednesday.