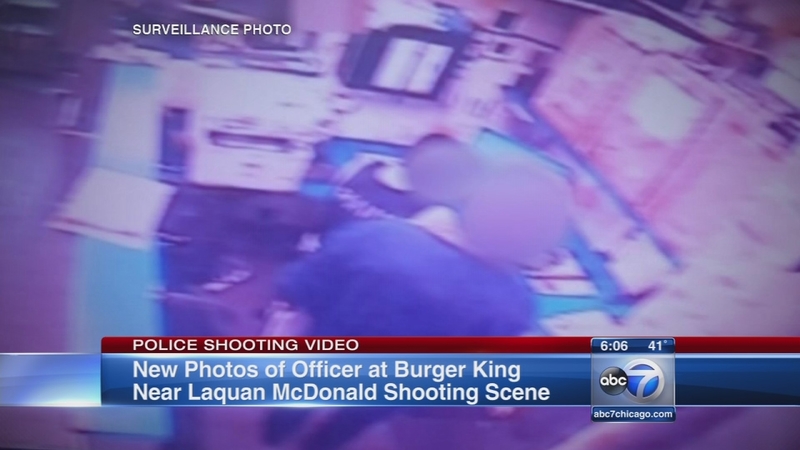 Eyewitness News has obtained new pictures taken the night of the Laquan McDonald shooting. They show a police officer at a nearby Burger King where a district manager says they tampered with surveillance footage.

The officer is seen in front of a computer at the fast food restaurant near the shooting scene.

The district manager claimes that 15 files were erased from their security system.

Investigators and Cook County State's Attorney have said the surveillance system was forensically tested and they found no evidence of tampering.