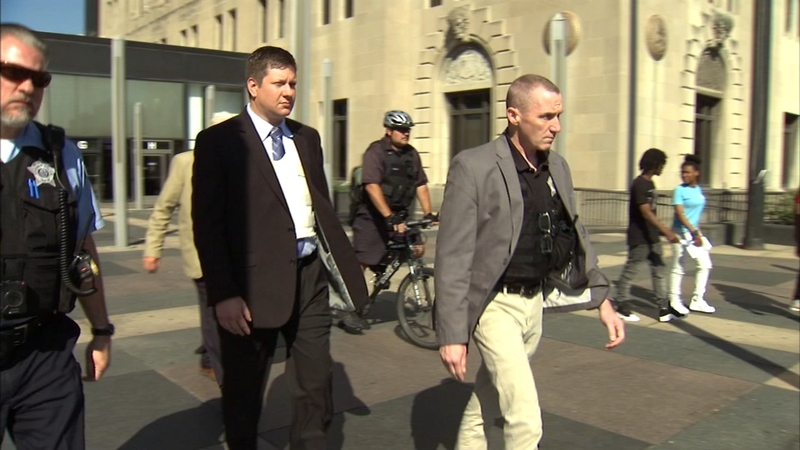 CHICAGO (WLS) -- Attorneys for Jason Van Dyke announced Friday that he wants a jury trial pending a change of venue.

Judge Vincent Gaughan will rule on the change of venue motion Monday after all jurors have been sworn in.

In court Friday, Van Dyke asked that jurors be struck from duty due to possible influence from protests that occurred during jury selection.

Judge Gaughan noted that the protests had been peaceful and denied the request.

Get up-to-the-minute coverage of the trial on the ABC7 Chicago live blog.
EMBED More News Videos

Van Dyke is charged with murder for the 2014 killing of 17-year-old Laquan McDonald. Dash cam video released by court order back in 2015 shows the officer firing 16 shots at the black teen, who appeared to be walking away while carrying a knife.

Opening statements could start on Monday.