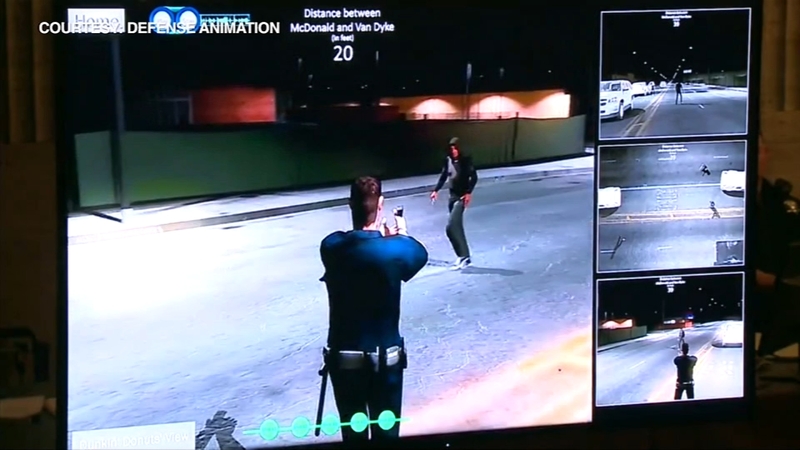 CHICAGO (WLS) -- Defense attorneys called Laquan McDonald's probation officer and the CEO of a forensic technology company that created a digital animated recreation of the defense's version of the shooting to the stand Tuesday in the trial of Officer Jason Van Dyke.