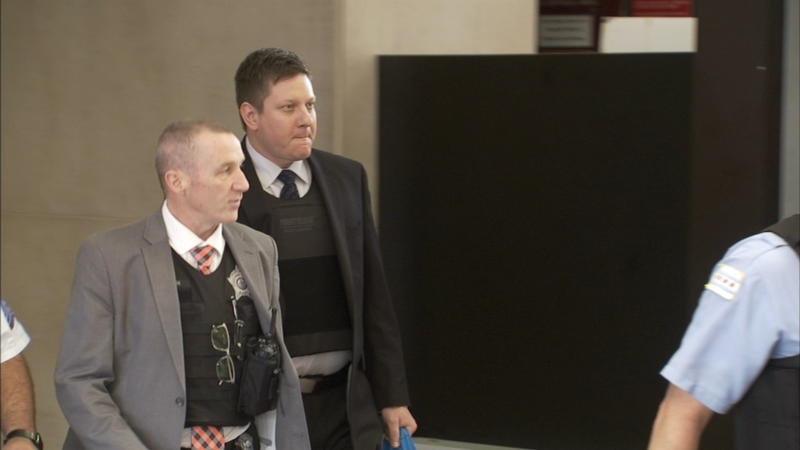 CHICAGO (WLS) -- The defense rested its case Wednesday morning in the Jason Van Dyke trial and closing arguments are set for Thursday.

After Officer Van Dyke's attorneys announced they were resting their case, prosecutors called Adam Murphy, an officer with the Cook County Sheriff's Office, back to the stand as a rebuttal witness.

After rebuttal testimony, the judge announced that closing arguments would begin on Thursday.

The jury perhaps was left with the most riveting testimony from Officer Jason Van Dyke himself. He took the stand Tuesday in his own defense at his murder trial.

Van Dyke was tense at times and emotional at others, recounting the night back in October of 2014 when he shot and killed Laquan McDonald. He described the 17 year old's eyes as bugging out and staring right through him.

Van Dyke fired his weapon 16 times at McDonald, who was armed with a small knife. In dash camera video, the teen appears to be walking away from officers, but Van Dyke claims he feared for his life.

Van Dyke: "I was yelling at him 'drop the knife.' I yelled it I don't know how many times, but that's all I yelled."

Defense attorney: "Did he keep advancing toward you?"

The defense rested their case and the prosecution finished calling rebuttal witnesses Wednesday in the Jason Van Dyke trial. With closing arguments tomorrow, a verdict could come a

The outcome of the trial hangs over the city.

"I don't know if nervous is the right word only because as a community of color we've kind of always been disappointed," said student Lehua McCallister.

"I think, if I'm being all the way honest, I'm anticipating something, a not guilty verdict," said Troy Boyd, student.

The Van Dyke verdict will be a culmination of an activists movement that has gotten louder and more prominent in the last few years.

"If Jason Van Dyke gets acquittal it signals to everyone it doesn't matter what you do," said Janae Bonsu, Black Youth Project 100. "They will sanction it."

Now, the city, its activists and its police force brace for an outcome.

Dean Angelo, a former police officer and friend of the Van Dyke family, believes the case comes down to one thing.

"I believe if the emotion of the video is removed and the law is followed, I don't think the state has proven its case at this point," he said.

Father Michael Pfleger and other activists are calling for a boycott if Van Dyke is acquitted.

Before court, began a community activists called on all city workers to stand in solidarity for Justice for Laquan McDonald, asking everyone to take to the streets, with the disclaimer, "don't be violent, but don't be calm," depending on verdict.

Ken Franklin, president of the Amalgamated Transit Union Local 308, said the union for CTA workers supports the message and encourages his members to let their voices be heard.

"I'm not calling for a strike of the local, but that does not mean that people cannot stand up and support the justice system," Franklin said.

Police have a 150 page contingency plan in place for the verdict.