The life and legacy of Laquan McDonald 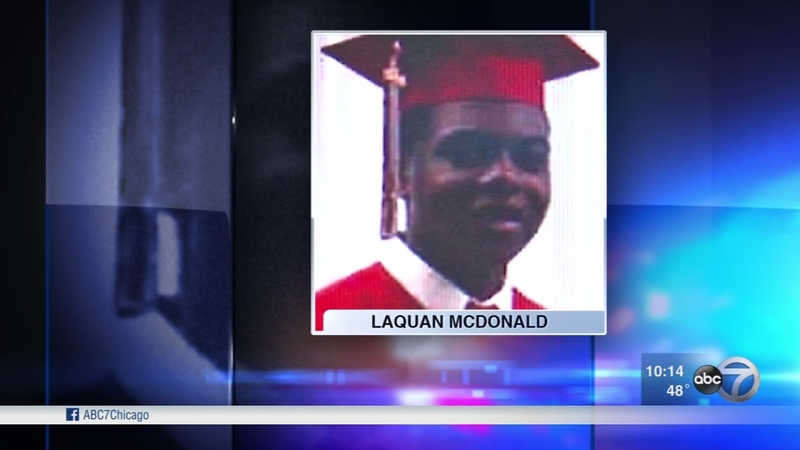 The life and legacy of Laquan McDonald

CHICAGO (WLS) -- Last fall, the name Laquan McDonald became known to most when video of him being shot by a Chicago police officer was released. It was two years ago on Thursday that the teenager was killed.

The officer involved, Jason Van Dyke, has been charged with murder.

But how did this teenager end up walking down the middle of Pulaski, trying to get away from police?

Before his name became a battle cry for change, Laquan McDonald was a kid who was coping with neglect, abuse and trauma.

Things could have been different for Laquan McDonald.

Those who work with young victims of trauma have Laquan in mind as they work toward helping those still struggling.

The tall kid next door had potential.

"He was athletic. I thought he would be a great basketball player," said Bessie Ivey, McDonald's neighbor.

A teenager with a sense of humor.

"He had a lot of energy. He had a smile that you will never forget," said Cherilyn Thomas, UCAN VP of Educational Services.

McDonald was all that and he was troubled and treated for mental health issues.

The tragic end of Laquan McDonald was recorded by police camera two years ago as the 17-year-old walked away from police.

He was shot 16 times by a Chicago police officer. His life ended that night on Pulaski but the tragedy began years before.

McDonald was born to a 15-year-old mother with a drug problem and an absent father.

He was put in foster care at three-years-old. When he was later returned to his mother he would be taken away a second time for his safety.

"No matter how rough your home life is you still love home, and being taken away, that's very traumatic," said Thomas.

McDonald was a student for a time at UCAN Academy, a therapeutic day school, where he and other students arrive with severe emotional behavioral issues.

At UCAN Academy, they try to wrap services and support around the student.

"How can they become a functional members of society and that's going to take every part of their life," said Thomas.

In another UCAN program called "360," some teens shared their experiences with trauma and loss.

"The past year three of my friends died and my cousin," said student Shyjon Currie.

"When he died I quit track and 'Louder Than a Bomb.' I just shut down," said Burrell.

For Marsean Cousins, it was his brother who was shot and killed last month.

"It pulls me away. I'll be thinking about two different things. It stops me from doing what I need to do," said Cousins.

Teens speak candidly about how violence has affected them and how mentors have helped them cope.

The teens get mentors who become constants in their lives, steering them, listening to them and offering new possibilities.

"One year funding, two year funding cycles, these aren't things that are going to have an impact. We need to invest in the long term," said Kerr.

With the nurturing and guidance of mentors, some have found positive paths focusing on their futures.

"They come and remove the stress, so you can do what you need to do to be successful," said Cousins.

"I want to be an entrepreneur. And in real estate," said Currie.

Laquan McDonald may not have had a chance at a new path before his death.

For the other children struggling with what life has dealt them, there are some people urgently working to prevent more tragedies.

"I felt bad about Laquan. I always tried to tell him to stay in school and play professional basketball. It's sad," said Bessie Ivey, McDonald's neighbor.

Those working with children affected by trauma call for more mentors, more mental health support and earlier intervention for families that are struggling.