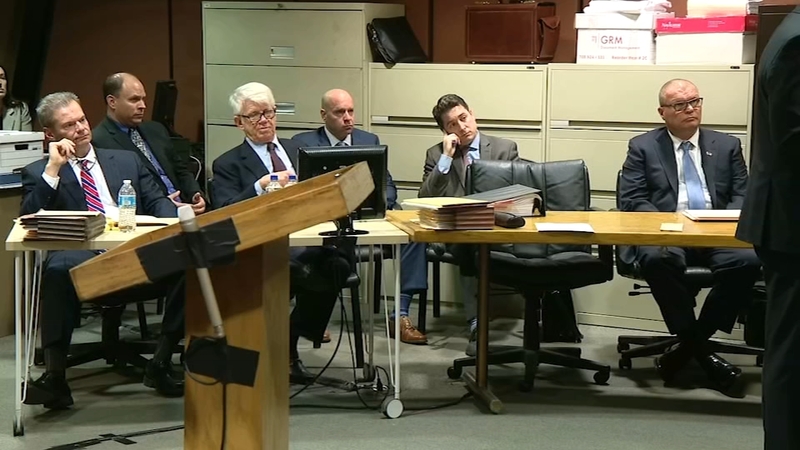 Those three officers are accused of coordinating their stories and making false police reports. The defendants are David March and Joseph Walsh, both retired, and Thomas Gaffney, who is suspended without pay.

The trial comes after Van Dyke, a now-former Chicago police officer, was found guilty of second degree murder in the shooting death of Laquan McDonald. Prosecutors said the men coordinated their stories and made false police reports in the hours after Van Dyke fired 16 shots, killing McDonald.

Tuesday's first witness was Joseph Perfetti, the director of the Chicago Police Department's records division. He read from several reports filed by March, Gaffney and Van Dyke alleging McDonald was the aggressor and Van Dyke was in fear for his life.

In one report submitted by March, it lists Gaffney, Walsh and Van Dyke as the victims and McDonald as the offender.

Dashcam video of the 2014 shooting has contradicted details in the report, including that McDonald was attacking Van Dyke, that the officer backpedaled and that McDonald was grabbing at the knife and trying to get up.

The officers have been charged with conspiracy, obstruction of justice and misconduct.

Before the trial, Officer Dora Fontaine was granted immunity for her expected testimony.

A trial of three current and former Chicago police officers accused of a cover-up in the Laquan McDonald shooting began Tuesday.

Ahead of the trial, community leaders spoke on the need for transparency in the police department.

"As an example of the necessity of reform of the Chicago Police Department, the case put the spotlight on the use excessive force and the need to demand timely and immediate reports in the cases of police-involved shootings," said Father Michael Pfleger of St. Sabina Church.

The case will be decided by a Cook County judge, not a jury. The bench trial is expected to last about one week.