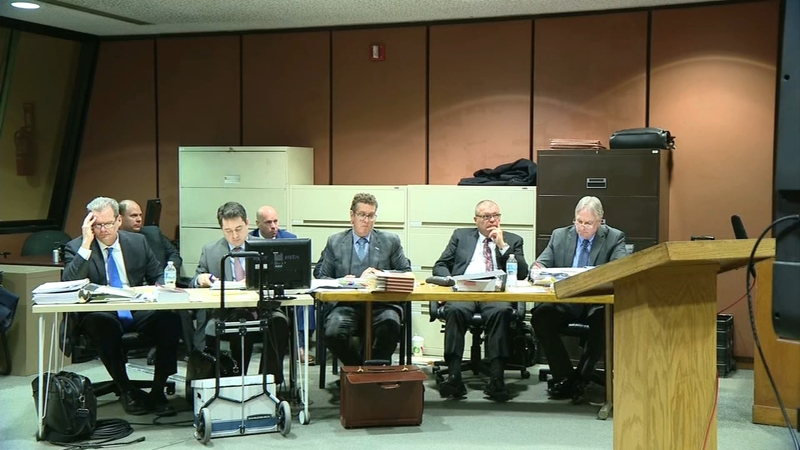 Also on Tuesday, the fourth day of the bench trial, the prosecution rested their case after the judge ruled in their favor to enter key evidence - email exchanges between Chicago Police Department supervisors.

Some of the emails were read aloud in court, and the prosecutor suggests that the officers' superiors wanted to protect former officer Jason Van Dyke, who shot McDonald.

The defense argued that the email exchanges are not proof of a conspiracy.

The decision could help the prosecution establish its theory that the cops maintained a police code of silence and conspired to cover up the truth.

In one email an officer writes, "Any luck making the case go away?"

Other emails between officers, including some not charged, could be damaging as well. The state read one of the more explosive emails into evidence.

The bench trial started a week ago against David March and Joseph Walsh, both retired, and Thomas Gaffney, who is suspended without pay.

The trial comes after Van Dyke, a now-former Chicago police officer, was found guilty of second degree murder in the shooting death of Laquan McDonald in October 2014.

Prosecutors said the men coordinated their stories and made false police reports in the hours after Van Dyke fired 16 shots, killing McDonald.

Last week, Chicago police Officer Dora Fontaine, who was granted immunity for being the prosecution's key witness, testified that she witnessed the shooting, and said that details in reports that were attributed to her not accurate, including the detail that Van Dyke was the victim of assault.

Civilian Jose Torres, who witnessed the shooting, also testified that officers told him and another motorist to leave the scene without taking their statements or information.