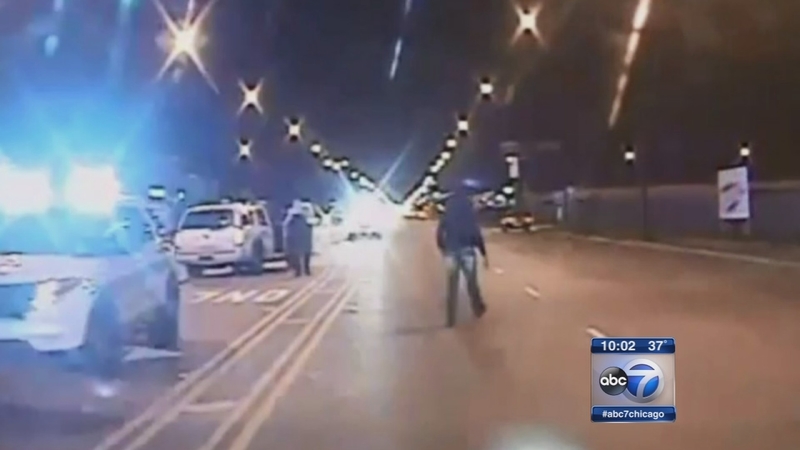 CHICAGO (WLS) -- Hundreds of documents just obtained by the ABC7 I-Team are shedding new light on the Laquan McDonald case.

The documents, released late Friday night, were obtained after the filing of a Freedom of Information Act request. They include the police incident report and documents related to evidence and witness statements.

In them, Officer Van Dyke and his colleagues give their official account of what happened. Some of their statements appear to contradict what is shown in that now-infamous dashcam vide0.

Officer Jason Van Dyke's statements after the shooting paint Laquan McDonald as an out-of-control assailant who continued to pose a threat, even after being shot.

Van Dyke stating that after he ordered McDonald to drop his knife. The teen "continued to advance" towards him, contradicting what the video shows: McDonald walking away from police vehicles, crossing at least one lane of Pulaski.

Van Dyke claims McDonald "was swinging the knife in an aggressive, exaggerated manner" and got within "10 to 15 feet" of him.

And that "in defense of his life", Van Dyke "backpedaled and fired his handgun at McDonald, to stop the attack."

After McDonald was initially shot, Van Dyke states the teen "appeared to be attempting to get up, all the while continuing to point the knife at Van Dyke..." so he continued firing.

But the video shows McDonald incapacitated, his movements minimal.

One document even states Van Dyke was injured by McDonald, though the video shows McDonald never made physical contact with Van Dyke.

The report shows Van Dyke's partner backed up his account of what occurred.