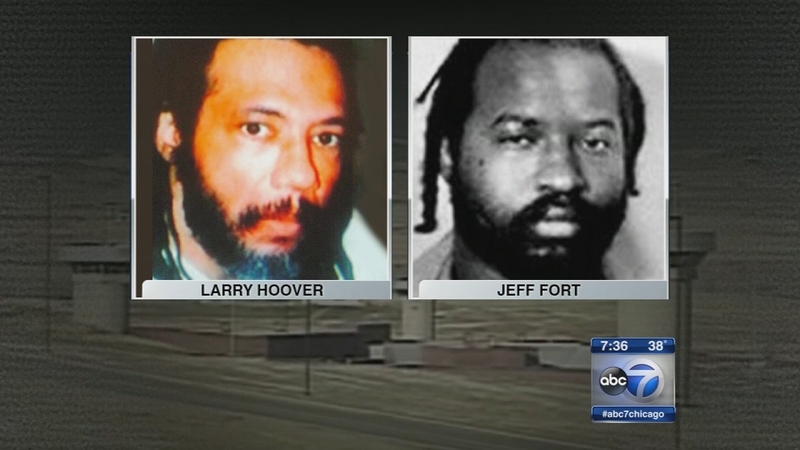 CHICAGO (WLS) -- An effort is underway to recruit gang leaders - some of whom have been in prison for decades - to stop the violence in Chicago.

The demonstrators outside the Dirksen Federal Building - most of them admitted former Disciples and P-Stone nation members - want the federal government to give imprisoned gang founders Larry Hoover and Jeff Fort a speaking chance to reduce violence in Chicago.

"The chances are greater with their voice out here than it would be with the Chicago Police Department," said Edgar Shorter, a former gang member.

Hoover and Fort serve what amount to life sentences in the federal ADMAX prison in Colorado and allowed minimal human contact. The demonstrators say Fort was most isolated.

On Monday, Congressman Bobby Rush was given special permission to speak to both inmates inside ADMAX.

"Right now, as I see it, they're part of the solution, not part of the problem," Rush said.

But former U.S. Attorney Ron Safer remembered prosecuting both Hoover and Fort separately for crimes each man committed while doing time in lesser secured prisons when and where they were allowed to communicate.

"It is those who failed to learn from the mistakes of history repeated," Safer said.

"And all they got to do is say one word and this whole community all over Chicago becomes quiet," Wade said.

But Safer described himself as "stunned" that any community leader or politician could believe that.

"If they are so bankrupt of ideas that they go to Larry Hoover and Jeff Fort for their thoughts, we need new leaders of our country," Safer said.