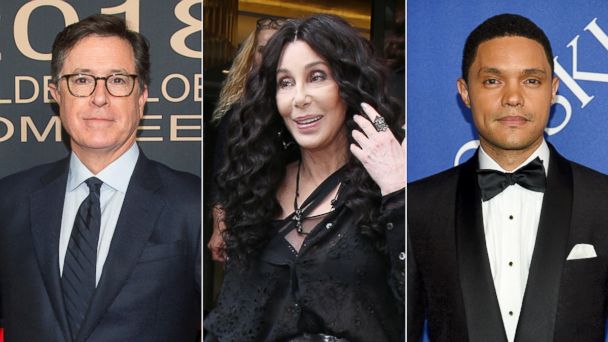 The announcement of Anthony Kennedy's retirement from the Supreme Court set off a flurry of reactions on social media well into late night.

While conservatives cheered the opportunity for President Donald Trump to choose another Supreme Court Justice, those on the left warned of an impending rollback to women's rights, gay rights and affirmative action.

"This is a seismic political event," Stephen Colbert told the "Late Show" audience during his opening monologue. "I would not trust Trump to fundamentally change the dessert course. Oh, we are supremely screwed."

In a letter to Trump, Kennedy wrote that he would be retiring effectively July 31.

"Enjoy your gay marriages now," Colbert joked. "Because as of Aug. 1, you're back to being roommates."

On the "Daily Show," host, Trevor Noah took aim at the Republicans rejoicing.

"Trump will likely replace [Kennedy] with a Justice who would discriminate and dismantle abortion rights and LGBTQ rights, and that sound you're hearing right now is Mike Pence having his first orgasm," he joked.

Later on "Late Night," Seth Meyers also noted that not much would change for the justice after retirement.

"Justice Kennedy, what are you doin' retiring, man? You have a great job where you barely work, you get to wear a robe all day and give your opinions on stuff. That basically is retirement," he said.

He then urged the justice to stay. "Stick around, at least until we get a new president. Six months tops," he said.

Meanwhile on Twitter, Donald Trump Jr. was celebrating a week in which the highest court upheld his father's Muslim travel ban, delivered a blow to unions and sided with religious freedom in the case of California crisis pregnancy centers.

"OMG! Just when you thought this week couldn't get more lit... I give you Anthony Kennedy's retirement from #SCOTUS," he wrote.

Check out more reactions on Kennedy's retirement below.