Hammond teen killed in 2015 remembered ahead of 17th birthday 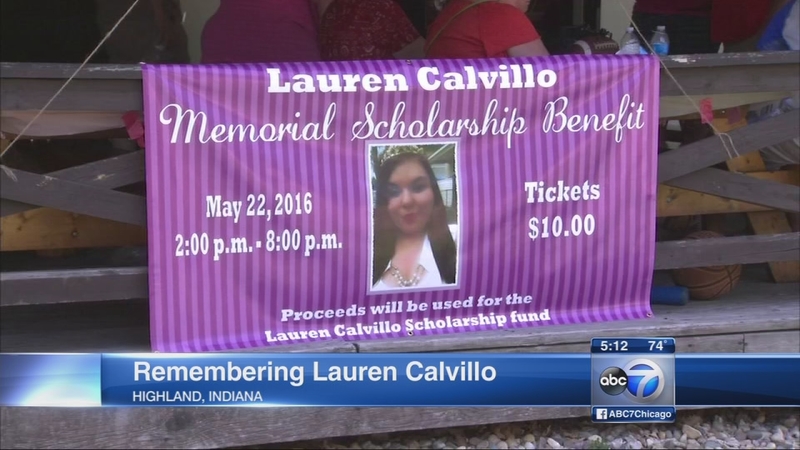 HAMMOND, Ind. (WLS) -- Family and friends gathered Sunday to remember Lauren Calvillo, who was fatally shot almost a year ago by gang gunfire while standing on her front porch in Hammond, Ind.

Calvillo was killed June 29, 2015. In two days, she would have celebrated her 17th birthday.

Her mother released balloons in memory of her daughter during the event, which also featured a bounce house and other family friendly activities.

Less than 24 hours before Calvillo was shot, another man had been shot on the same block of Beall Avenue. A group was gathered when the second shooting broke out. A group of school children were also in the area. When gunfire started, Calvillo helped get the children out of the street.

"She is a hero. She saved five kids," Hubbard said.

In July 2015, Assistant U.S. Attorney David A. Capp, of the Northern District of Indiana, said that Calvillo was the "heart and soul" of federal law enforcement's ongoing gang investigation in the region.