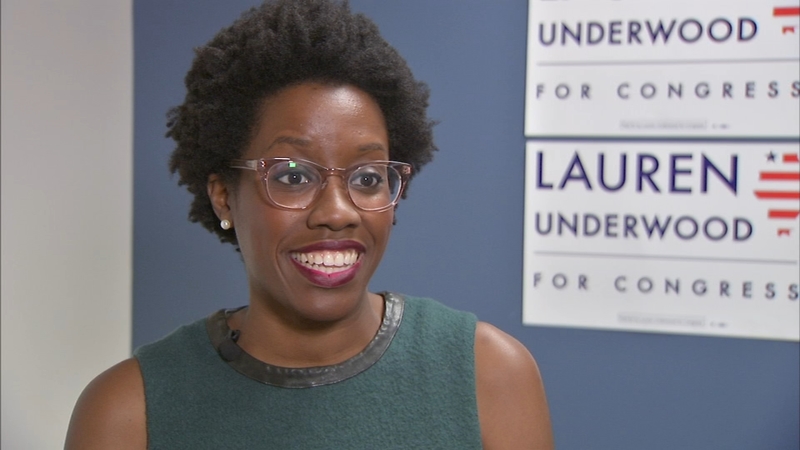 The congressional race in Illinois' 14th District will be one closely watched from across the country in next month's midterm election.

"We have a goal to be everywhere, all the time, throughout the district, whether it's in the soybean field in DeKalb County or beautiful lakes in Lake County," Underwood said.

Hultgren, 52, is running for his fifth term. He admits Underwood, 32, is his greatest challenger yet.

Both candidates have been courting independent voters.

Underwood is a registered nurse who worked as an adviser in the U.S. Department of Health and Human Services under the Obama administration. The Naperville native said she decided to run after she said Hultgren broke his promise and voted to repeal the Affordable Care Act. Underwood has also criticized Hultgren for supporting the Republican tax plan.

"Randy Hultgren votes with Donald Trump 96 percent of the time," Underwood said. "He's happy to sign off on policies that actively harm families in our district."

"I give him a lot of credit with a growing economy, doing a lot of things he said he was going to do, tax reform and right-sizing regulation," he said. "I feel I'm the right fit for this district, someone who is center-right."

Underwood hopes she can ride the anti-Trump "blue wave" to victory.

"We've had the opportunity to make this race competitive in a way that it has not been in many, many years," she said.