Lawsuit filed against CPD officer over alleged attack at Portillo's 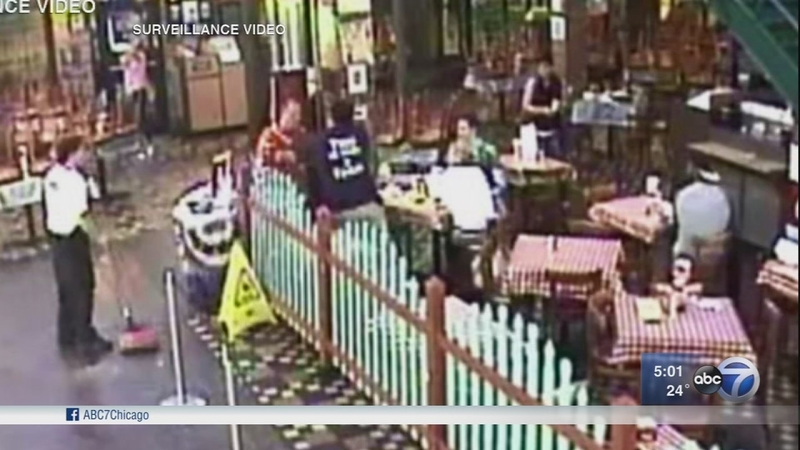 Lawsuit filed against CPD officers over alleged attack at Portillo's

CHICAGO (WLS) -- A man allegedly beaten by an off-duty Chicago police officer inside a Portillo's restaurant in the city's River North neighborhood filed a lawsuit on Wednesday.

"He needs to be prosecuted, he is unfit to be a police officer and he is menace to other police officers who have to cover up for him," Clarke said Wednesday.

Clarke, his wife and their son stopped in Portillos for a burger following a June 2015 Stanley Cup Blackhawks game. During closing time, while several other patrons were still in the restaurant, Clarke says Shaar singled them out and demanded that they leave.

Clarke said Shaar then grabbed his food out of his hand. After, words were exchanged. Clarke said Sharr took his handcuffs and used them as brass knuckles and punched Clark several times.

The Clarkes didn't know Shaar was a police officer because he was wearing shorts, a T-shirt and gym shoes. Terry Clarke said not until he was in handcuffs, arrested for felony battery, did Shaar indicate that he was a cop.