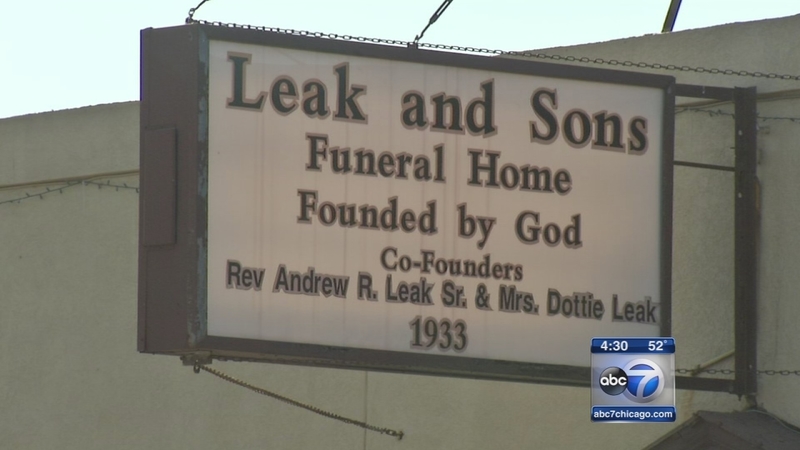 Last week, a Chicago family was horrified when they showed up for their mother's visitation and discovered that a South Side funeral home put the wrong body in the casket.

Ruffin said his mother wanted her body donated to science. He contacted Leak & Sons Funeral Home to transport his mother from the hospital where she died to the Anatomical Gift Association. Ruffin said her body never made it there.

"They shipped her to a facility south and embalmed her," Ruffin said. "Once you embalm someone their organs are no longer viable. No good. Useless."

Ruffin wanted to come forward after Monique Williams told ABC7 News about what happened last Friday. The South Holland woman cancelled her mother's viewing after discovering that the body in the casket was not her mother, Ella Rutledge.

A Leak & Sons employee mistakenly switched bodies. Rutledge was already buried at Mt. Hope Cemetery as someone else. The body has since been exhumed.

"I've got to do a full body assessment at this point to make sure that that really is her," said Monique Williams.

Her mother's body was at Leak & Sons Monday. Williams said she plan to talk with an attorney before she plans to identify the body.

Leak & Sons is one of the biggest funeral operators on the South Side and South Suburbs. The multi-generational, family-owned business has been performing funeral services for decades - many without a hitch.