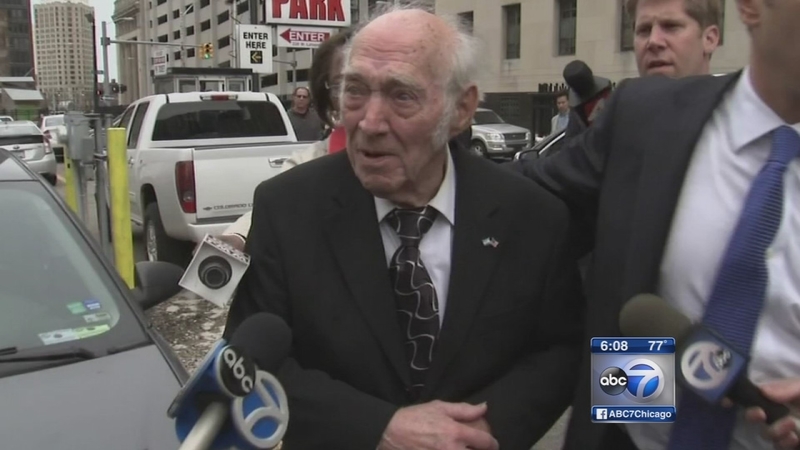 CHICAGO (WLS) -- The world's oldest drug smuggler, Leo Sharp of Michigan City, Ind., is 91-years-old and doing time for running cocaine from Mexico to the Midwest. But he may be on the verge of getting out of federal pen with some help from the government.

Sharp objects to being in prison at all - mostly on ethical grounds. He sees selling cocaine as no different than selling world-class day lilies, a trade that made him a star in the flower-breeding business.

Since Sharp was imprisoned a year ago for smuggling drugs, his attorney has wanted him out due to his age and failing health, a request that federal prosecutors have joined.

This traffic stop by Michigan State Police in 2011 was the beginning of the end for Sharp. At the spry age of 87, Sharp had a vehicle full of cocaine that he'd driven up from Mexico.

When the ABC7 I-Team first met Sharp at his Michigan City home, he was fighting the charges even though he admitted all of it.

And his explanation? Cocaine was no different than the day lilies that had made him rich and famous.

"All God's plants that cheer people up are created for a purpose. To take depressed peoples' minds and make them feel good," Sharp said.

That rationale didn't play in Detroit federal court, where Sharp eventually pleaded guilty. Last spring he became testy after being sentenced to three years in prison.

But now at the Federal Prison Hospital in Rochester, Minn., it has been a little more than a year since Sharp checked in. He is now 91-years-old, and federal prosecutors have filed a rare motion to reduce Sharp's term of imprisonment to time served.

His Chicago Attorney Darryl Goldberg says he "commends the Bureau of Prisons and the government for its compassion and recognition that, based on circumstances, Mr. Sharp should be immediately released from prison."

Regardless, the man with mutton chop sideburns isn't free yet, and such "compassionate release" is seldom granted by prison officials.

It isn't clear what caused the government to reverse its position on keeping Sharp in prison. It may just be a matter of Sharp's declining health and dementia that would seem to qualify him for compassionate release.

Prosecutors have asked the judge to keep everything under seal "to protect the physical safety of an (unnamed) individual."