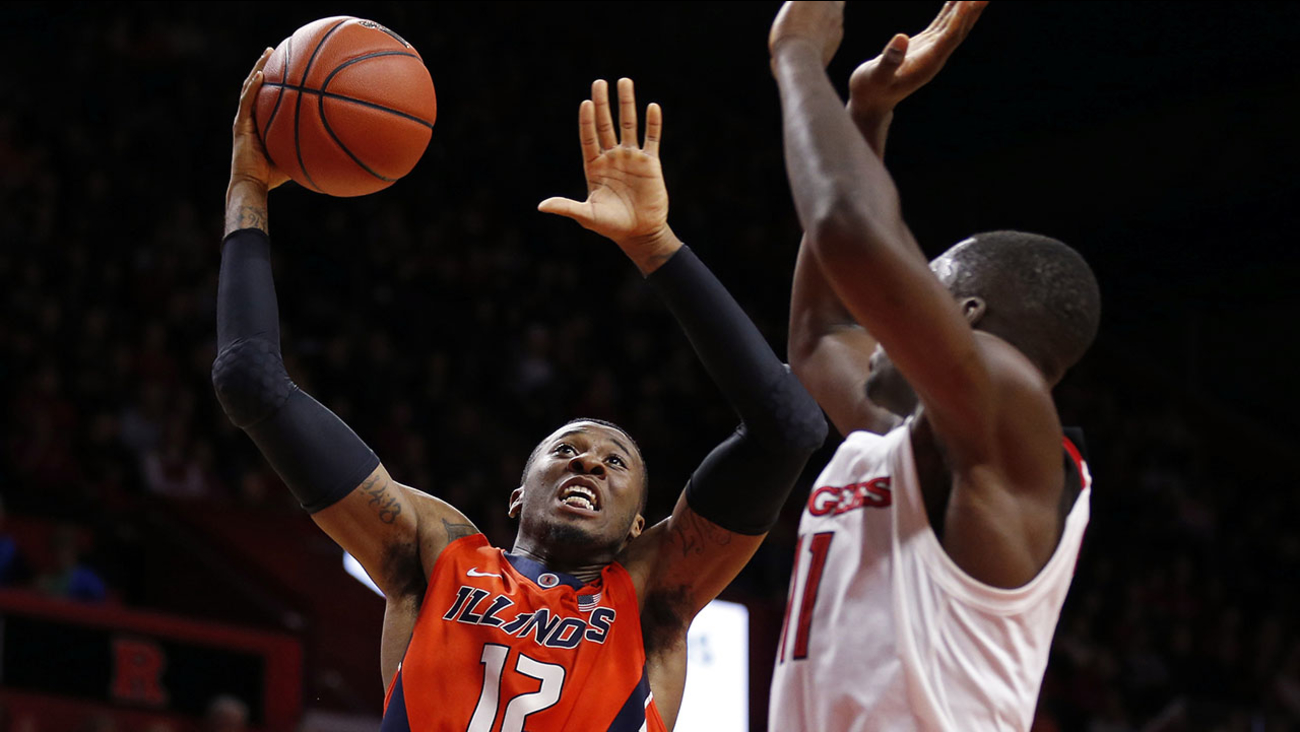 Illinois forward Leron Black (12) drives to the basket past Rutgers forward Eugene Omoruyi (11) during the first half of an NCAA college basketball game in February 2018. (AP Photo/Adam Hunger)

CHAMPAIGN, Ill. -- Leron Black, the leading scorer for Illinois last season, will not return for his final year of eligibility.

"This was a very tough decision for me," Black said Thursday. "I have loved my time at Illinois and have grown so much during my four years here."

Underwood praised Black for his consistency throughout the season, despite being at the top of every opponent's scouting report. Black scored in double figures in all but five of the Illini's 31 games. He also had seven 20-point games, including a career-high 28 points against Nebraska and Purdue. Black's performance earned him an honorable mention All-Big Ten selection.

"He is ready to begin a pro career, and we fully support this decision," Underwood said. "He was one of the toughest players to guard in our league, and that showed with his production throughout conference play."