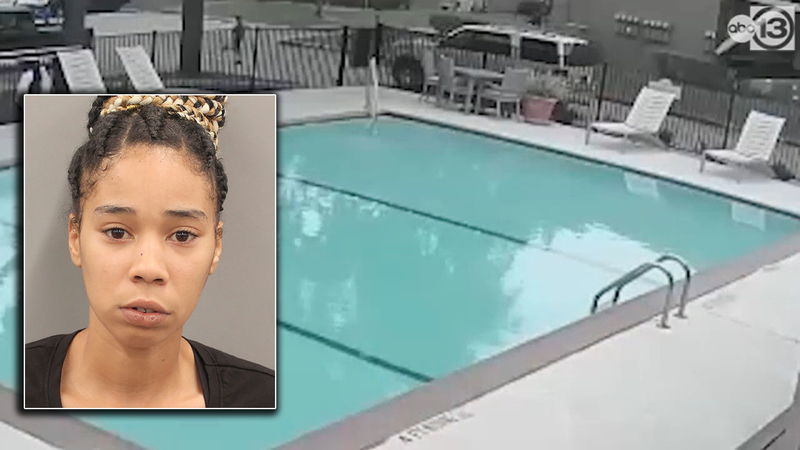 SURVEILLANCE VIDEO: Mom's SUV runs over child who chased after her

HOUSTON, Texas -- A mom behind the wheel of an SUV that hit and killed her 3-year-old child is now being charged with criminally negligent homicide, according to the Harris County District Attorney's Office.

The charge was brought against Lexus Stagg in connection with the June 11 incident at the Grand at Westchase Apartments on Richmond Avenue near Wilcrest Drive.

"The 3-year-old child ran behind her vehicle as she backed out of her parking spot," HPD's Lt. Thurston Roberson said at the time.

According to documents, Stagg, 26, initially told authorities that it was an accident. The district attorney's office added that she told police that she thought she hit a speed bump when she was going in reverse.

But surveillance video showed the little boy was actually run over while she drove forward. The child was caught under the right tire after the initial impact and she continued driving, running over the child again, documents said.

Stagg was arrested Thursday and appeared in Harris County Probable Cause Court Friday.

A magistrate judge set her bail at $1,500 despite prosecutors requesting a $50,000 amount.

If convicted, Stagg could be sentenced to up to 10 years in prison.

Given the circumstances, the district attorney's office believes the parent was needlessly playing around.