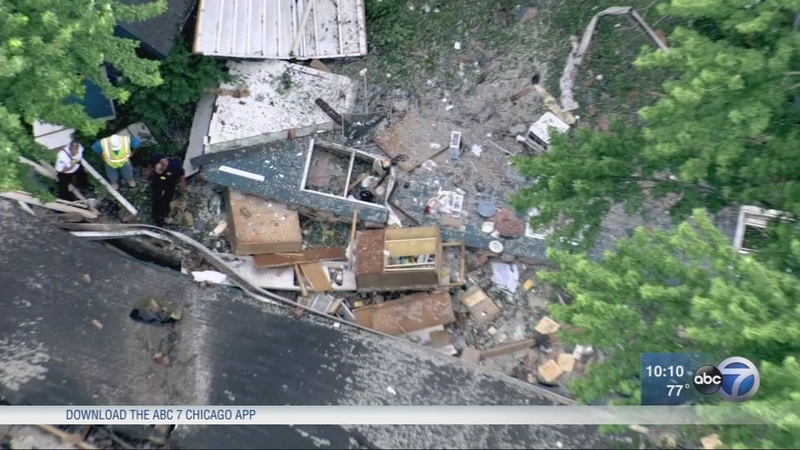 LIBERTYVILLE, Ill. (WLS) -- A home was leveled by an explosion in unincorporated Libertyville Wednesday afternoon.

The home in the 1700-block of Sunnyview Avenue sustained major structural damage. No one was home at the time and no injuries were reported, according to the sheriff's office.

No surrounding homes appeared to have been damaged in the blast, but neighbors said they heard and felt the explosion.

"Nice and quiet house then BA-BOOM! It almost knocked me off my chair," neighbor Teresa Tipsword said.

"I heard the biggest explosion and I thought it was thunder at first. But I realized it was way too loud to be thunder," neighbor Aisha Bawani said.

For 32 years, Gerry Bailey shared the home with his wife and two dogs.

"It was a good ol' house. It was really solid," Bailey said.

Fortunately, he wasn't home to find out for himself. Gerry made the 3 1/2 hour drive back from their Wisconsin summer house to find this home, flattened.

"The guy over there was telling me it looked like the roof popped up, the sides blew out, and the roof flopped down on top of it," Bailey said.

He said he found a set of keys and with any luck, some other mementos survived too.

"My old bull riding hat was still in there," Bailey said.

Some area residents were evacuated, the sheriff's office said, but have since been allowed to return to their homes.