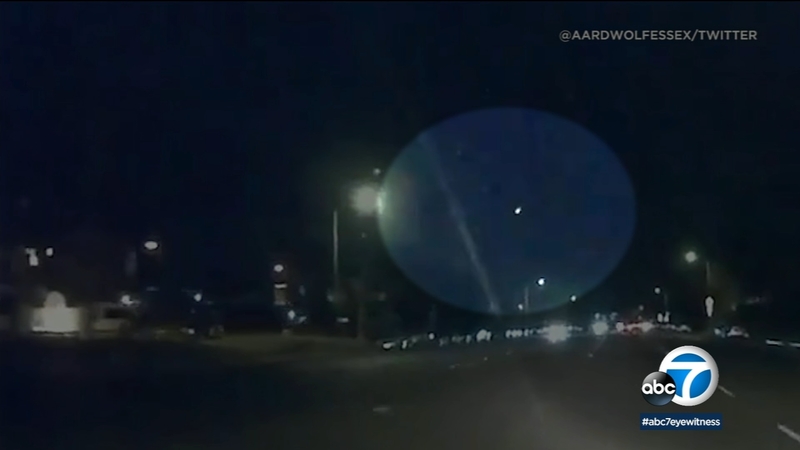 Residents across California were treated to an odd sight in the night sky Monday, prompting many of them to take to social media.

Reports surfaced on Twitter of a large bright light in the sky resembling a meteor, which was seen from places across the state including Sacramento, Lynwood and San Diego.

One person's dashboard camera caught a glowing fireball shoot across the sky as he was driving through Oceanside.

Crappy dash cam but I caught the meteor. I was at N Melrose Dr & Cooper Dr. pic.twitter.com/CSNa3gOQCK

The entire country may also be in store for such sightings, as back-to-back meteor showers are expected to peak Tuesday and Wednesday, according to AccuWeather.

The back-to-back meteor showers will give stargazers of all ages several chances to spot some shooting stars right from their backyard this week: https://t.co/IGhkoSYJ3z pic.twitter.com/4Dz1qEIUOx