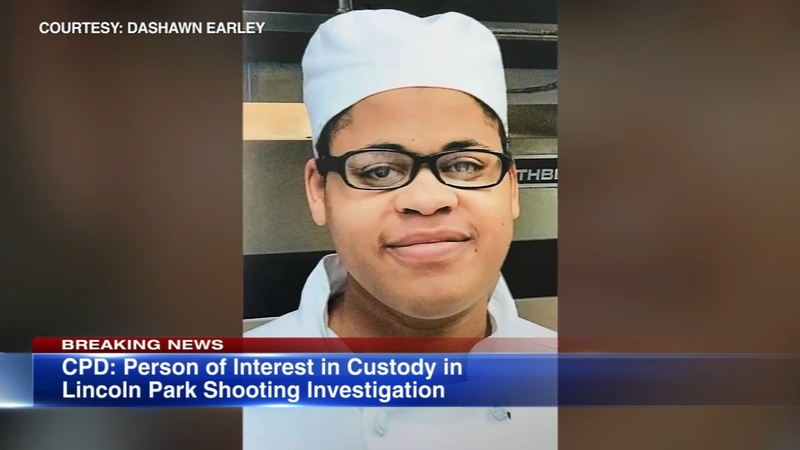 CHICAGO (WLS) -- Chicago police are questioning a person of interest in a violent robbery and shooting in the Lincoln Park neighborhood that left a 23-year-old man fighting for his life.

Last week, police said they believed the same suspects were responsible for the attack on Dakotah Earley as well as at least seven other armed robberies that took place in Lincoln Park and Lakeview between May 4 and May 6.

Earley's shooting was caught on surveillance video. The recent culinary school graduate can be seen walking near Wayne and Webster when he is approached by an armed robber.

They engage in a brief struggle before Earley is shot three times as the robber continues to demand Earley disclose his cell phone's passcode.

On Friday, Earley's brother posted an update on GoFundMe saying Dakotah is no longer on life support.