WLS
By Will Jones
CHICAGO (WLS) -- Another employee has been removed from Chicago's Lincoln Park High School for allegedly having inappropriate contact with a student.

The Chicago Board of Education received an earful from LPHS parents and students on Wednesday.

The meeting came after Chicago Public Schools dismissed another educator at the high school over accusations of "engaging inappropriately" with a student.

Two administrators were removed during a shake-up at the school several weeks ago, which included the suspension of a basketball coach. Now the school's former principal and assistant principal have filed a lawsuit against CPS this week, claiming they were wrongly terminated.

"These administrators have breathed new life into the school," said David Marren, a LPHS parent. "The school was going places."

"We just want these folks to have due process, a proper hearing, evidence," said Daniel Gahan, another parent at the school. "We just don't feel that's been done."

CPS CEO Dr. Janice Jackson is asking everyone to let the process play out.

"The children are watching and more importantly, other survivors and potential victims are watching all of us to see how we handle these situations," Jackson said.

Charles Jackson, a varsity basketball player at the school, said his dreams were destroyed when his team's season was cut short.

"When I got to high school, I have been working ever since I stepped foot in high school, early morning workouts, practices, for all that to be taken away is kind of heartbreaking," Jackson said.

Chicago Teachers Union President Jesse Sharkey criticized the board in his remarks Wednesday, saying their response has been inadequate.

He's encouraging CPS to be more open about the investigation at the high school.

CPS said there are multiple ongoing investigations into alleged misconduct. The district has not commented on the new lawsuit. 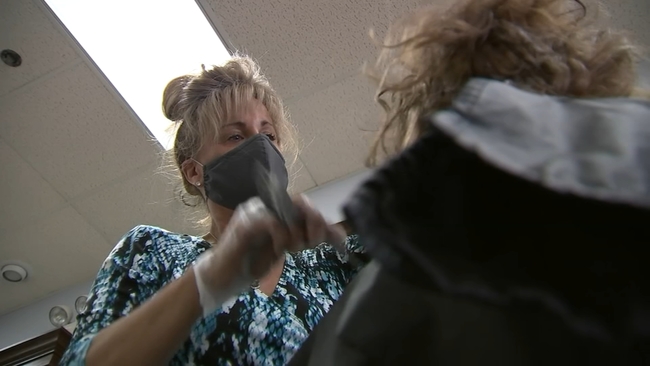