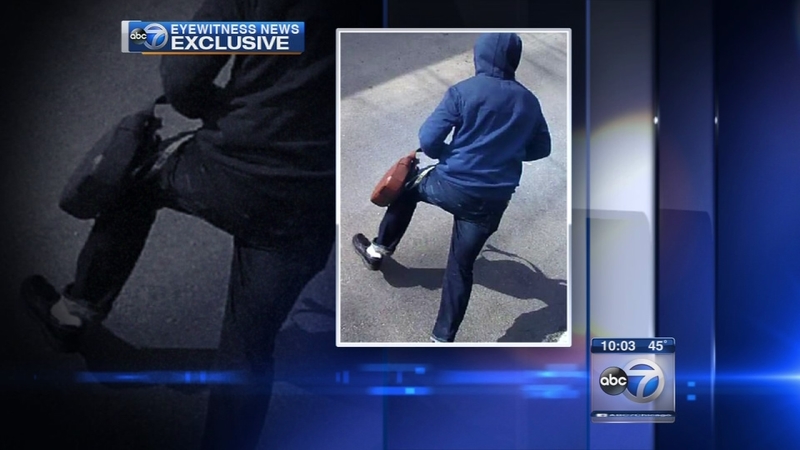 Lincoln Park mother mugged at gunpoint in her own garage

CHICAGO (WLS) -- A mother who was mugged in broad daylight in the garage of her Lincoln Park home is speaking exclusively with ABC7. She was with her son when she was held up at gunpoint.

The robbery happened March 18 inside the woman's garage in the 2000-block of N. Kenmore around 3:30 p.m. , right after she'd picked up her son and his friend from school.

The Chicago mom says she believes the man was watching her for days before he picked the time and place to follow her into the garage.

"He put his hand on his gun, and he said, 'You're going to give me the purse, unless you want these kids to get hurt,'" she said.

As she handed him her brown bag, her 11-year-old son - who was trying to protect his mom - was shoved to the ground by the suspect.

"My son grabbed him, tried to grab him around the waist. And the guy pushed my son, punched him off of his waist, and threw him to the ground," she said.
EMBED More News Videos

A Chicago woman was mugged in broad daylight in the garage of her Lincoln Park home.

Police say the armed thief drove off in a 2016 Volkswagen Jetta with an Uber X sticker on the back window. Sources tell ABC7 there are three registered Uber drivers with matching car descriptions.

Those sources also said that Uber told police they'd have to subpoena the company to obtain more information. Uber said only that it's "working with local police to determine the facts."

Residents are on edge knowing the armed man is still out there.

"This is the second mugging I've heard about!" said Randy Nieukirk, who lives nearby.

"I'd say I'm pretty aware of my surroundings, I try to be anyway - especially at night. I don't walk with earbuds in or anything," said Megan Henning, who also lives nearby.