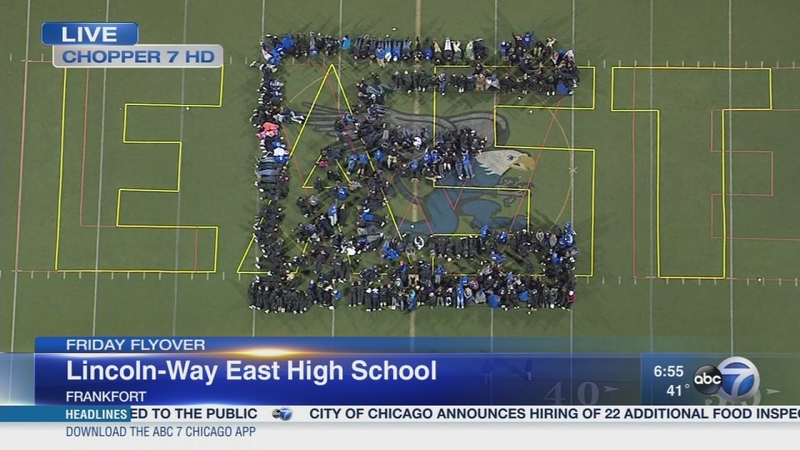 
The first round of state playoffs will begin at 7 p.m. Friday at home. Lincoln-Way East Football is ranked #1 in state of Illinois!

-Lincoln-Way/East Campus opened in 1977, serving freshmen and sophomores. These students then moved on the Lincoln-Way/Central campus.
-Lincoln-Way East High School opened in 2001 as its own 4-year high school.
-The enrollment for the 2017-2018 school year is 2916.

Mascot:
A Griffin named Yugo! A Griffin has the head of an eagle and the body of a lion. It represents strength, vigilance and intelligence.

School Song:
The eagle is courageous and ruler of the sky.
The lion is king on the earth, protector of the pride.
But the beast that is most fearless, most powerful and true,
Is the Griffin of Lincoln-Way East whose blood runs black and blue!
Fight on! Lincoln-Way! Our honor we defend!
Fight on! Lincoln-Way! Our allegiance never ends!
Rah! Rah!
As the team runs out before you everyone stand up and hail!
VICTORY TO THE MIGHTY GRIFFINS!
THE PRIDE OF LINCOLN-WAY!
GO EAST!!!