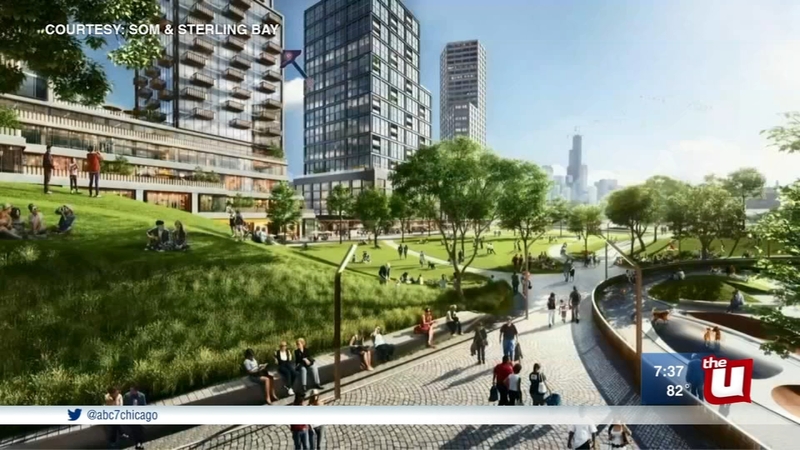 The $5 billion Lincoln Yards development would include skyscrapers, residential units and even a soccer stadium along a stretch of the Chicago River.

It is the most detail developer Sterling Bay has presented so far on its huge plan. However, aldermen and concerned residents say the proposal lacks many details when it comes to quality of life issues, especially infrastructure challenges.

The bulldozers are ready. Chicago developer Sterling Bay has an ambitious plan for at least 54 of the 70 acres once occupied by A. Finkl & Sons steel plant and other industrial sites. Named Lincoln Yards, the property sits along the Chicago River between North Avenue and Webster Street. The proposal calls for 70-story skyscrapers, condos, apartments, retail, 13 acres of green and recreational space and a soccer stadium.

"The concept of putting a stadium between two existing neighborhoods, location-wise, is a diabolical failure,"said Jim Gramata, a Lincoln Park resident and president of the Sheffield Neighborhood Association.

Northside neighborhood associations are banding together to make sure they get a seat at the table when it comes to final plans.

"I think mostly we've been left out. I think what happens moving forward is really important, we were promised a lot more dialogue and engagement," said Kenneth Dotson, a Lincoln Park resident and president of the Lincoln Central Association.

Residents say their biggest concern is how the $5 billion development will handle already challenging traffic problems. They say Sterling Bay's proposal lacks details on traffic as well as density issues.

"They said 4,000 to 5,000 units, what does that translate in density how many people does that mean living there? How many school age children?" said Reatha Kay, Lincoln Park resident with the Ranch Triangle Association.

Most of the development sits in Alderman Brian Hopkins 2nd Ward. He agrees with residents that the plan lacks details on public infrastructure ideas.

"This is not something we can rush through, there are so many details, so many questions that need to be answered, we are pretty far from approval here," said Hopkins.