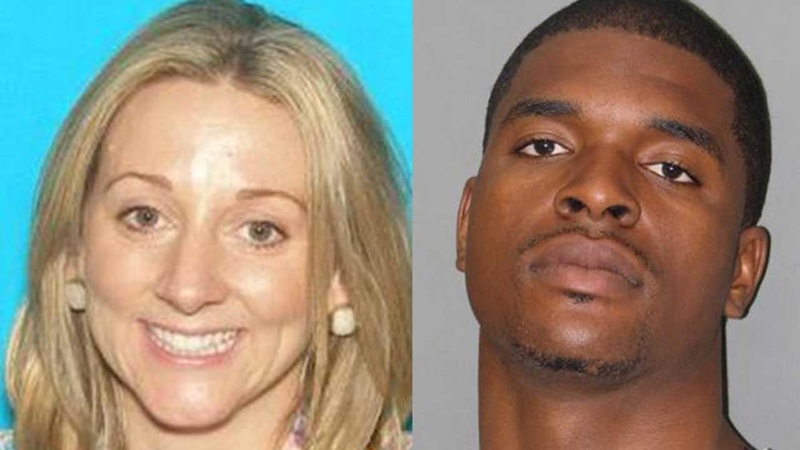 OAK PARK, Ill. (WLS) -- Lindsay Bowman, 30, of New Lenox, was located at a suburban hospital hours after she was allegedly kidnapped in Oak Park by her ex-boyfriend Sherman Henderson, police said.

Bowman is hospitalized with minor injuries. Authorities are still searching for Henderson, 31.

"This is domestic related. She was forced into this vehicle possibly by her boyfriend," Oak Park Police Department Commander LaDon Reynolds said.

Bowman was house sitting in the 600-block of Forest Avenue when a witness saw her being forced into a vehicle and called 9-1-1, Oak Park officials said. Police arrived at the scene to find a door had been forced open at the home.

An alert was issued for the vehicle- a silver Dodge Magnum. A River Forest police officer spotted the Dodge a short time later and tried to pull the driver over. He sped off.

Oak Park police issued an alert for Bowman and Henderson, who has a history of domestic violence. He is considered armed and dangerous, police said.

"Mr. Henderson has ties to Chicago, the area of Irving Park and Calfornia, and also the western suburb of Lyons, Illinois. So anyone in those areas to come in contact with him or these vehicles, we're urging them to call police," Commander Reynolds said.

Authorities did not say how Bowman got to the hospital.

Officials said the Dodge was recovered and are now looking for Henderson's car, a white, 2011 Chevrolet Camaro with IL license plate R995 300.